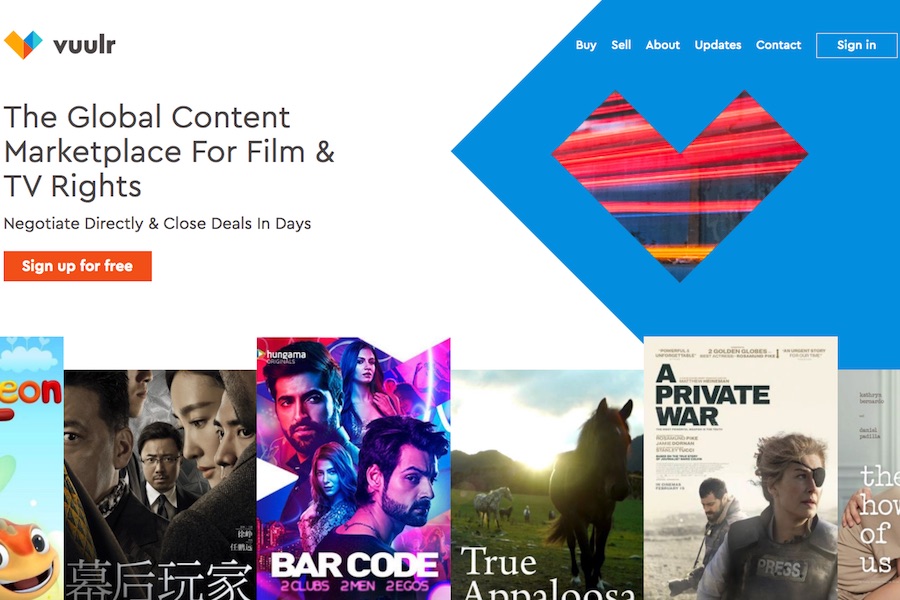 Vuulr, a global online content marketplace for film and television rights, has added two senior film industry executives. Daniel Gagliardi will serve as SVP of business development and strategy for the Americas. Andrew Marshall joins the team as head of legal and commercial partnerships.

“Great tech on its own is not enough, its needs to be wrapped with great support from industry experts who fully understand the challenges our buyers and sellers face in their business today,” Ian McKee, Vuulr’s global CEO, said in a statement. “I’m really excited to have Daniel and Andrew onboard as we scale the business.”

Gagliardi will lead efforts to help further develop the company’s growing position as a global online content marketplace for film and television rights, using his extensive and recent experience as both a content buyer and seller.

“As the content seller who helped drive the global rollout of services like Tubi, Pluto TV, Roku, and others, I know first hand the need for quick, efficient and strategic content licensing,” Gagliardi said in a statement. “What excites me most about Vuulr is our ability to transform the business of content licensing, not only with such a large selection of content, but by also offering hyper-local/regional content to help channels and platforms of all types expand around the globe.”

Prior to joining the Vuulr team, Gagliardi was head of content at Vudu, a Walmart company, where he was responsible for building and leading the content partnerships team. During his tenure, Vudu debuted its first original television series, its first original film, commissioned a dozen additional originals, and partnered with hundreds of content licensors, including Disney, Warner Bros., Sony, Lionsgate, MGM and Samuel Goldwyn, among others. He also worked at Lionsgate where he was VP of worldwide television and digital distribution. In this role he built and led the company’s ad-supported licensing team, forging and overseeing deals with Hulu, YouTube, Tubi, Pluto TV, Roku, Amazon and Crackle, among others.

“I am excited to join Vuulr as they pioneer the transformation of distribution and acquisition,” Marshall said in a statement. “Bringing the efficiencies of doing business online is a critical success factor for the industry as it transforms and the new normals emerge. Vuulr is on the leading edge of enabling this change which brings benefits to Buyers, Sellers and Audiences.”

Marshall brings a deep understanding of the evolving legal, regulatory commercial landscape for media and entertainment companies, gained from working at leading industry players, according to a Vuulr press release. Marshall was previously general counsel and SVP of legal and business affairs at ESPN STAR Sports and a regional counsel for all lines of business in Australia, New Zealand and South-East Asia at The Walt Disney Company, with a focus on content licensing, including theatrical distribution, studio marketing and home entertainment. More recently, he was commercial director for Universal brand development, where he grew the character licensing business for NBCUniversal in Southeast Asia.

Vuulr launched in January 2019 as a global online content marketplace for film and TV rights that connects buyers with content sellers worldwide, providing both with a platform to negotiate and transact directly and securely. The company connects buyers and distributors regardless of time zone or geography, providing an opportunity to access an always-on, diverse selection of mainstream and niche content.

The Vuulr online sales platform currently features content from producers and distributors across the globe, comprising more than 23,000 titles/135,000 hours, across more than 60 genres and 70 languages. Vuulr aims to slash the cost, effort, and time involved in doing transactions for the industry, and licensing transactions on Vuulr close, on average, in 10 days, according to the company.