Deloitte Global polled consumers across multiple markets, asking which service tier they would choose when signing up to a new streaming video service. Across all markets polled, most consumers indicated they would choose an ad-supported tier, either at half-price or free. 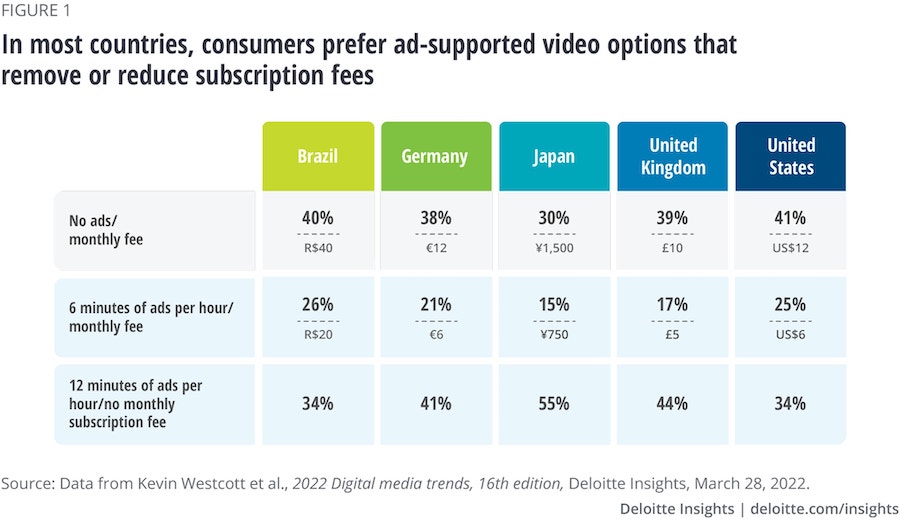 In addition to ad-supported, discounted SVOD, 47% of consumers across developed markets already watch ad-supported streaming services based exclusively on professionally produced content, most of which is typically free, according to Deloitte. 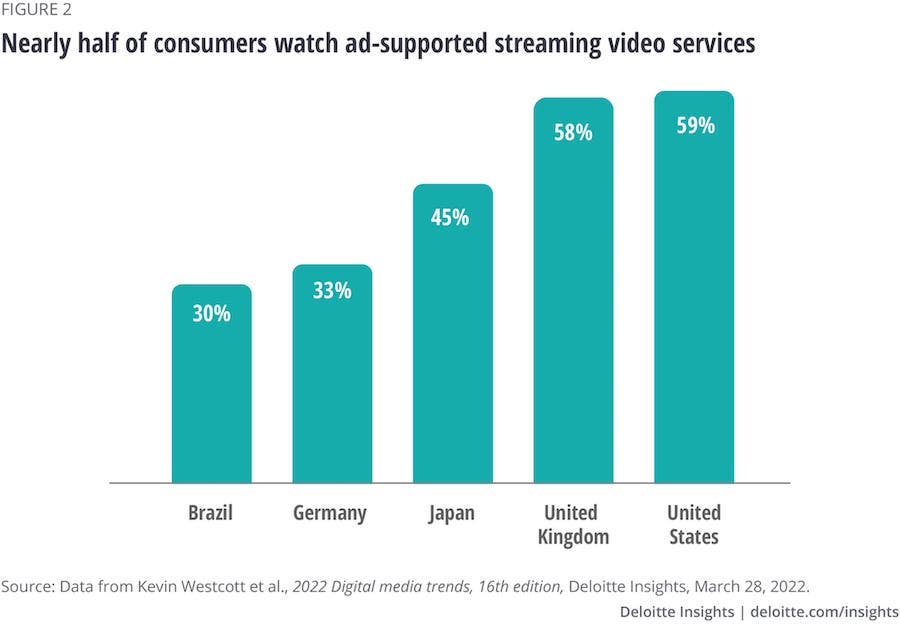 For SVOD providers that launched without ads, a key reason for introducing advertising is to maintain growth, especially in developed markets in which net subscriber additions have become particularly challenging in 2022, according to Deloitte. AVOD offers both an entry-level price option to new subscribers, and also a lower-cost option to existing subscribers who might otherwise cancel (churn from) a service. Since 2020, churn has become a fundamental challenge to SVOD players, Deloitte noted. In the United States, cancellation rates have hovered around 37% since the start of the decade. Cost or perceived value for money has become the primary typical driver of cancellation in 2022 and may be even more influential in 2023, according to Deloitte. 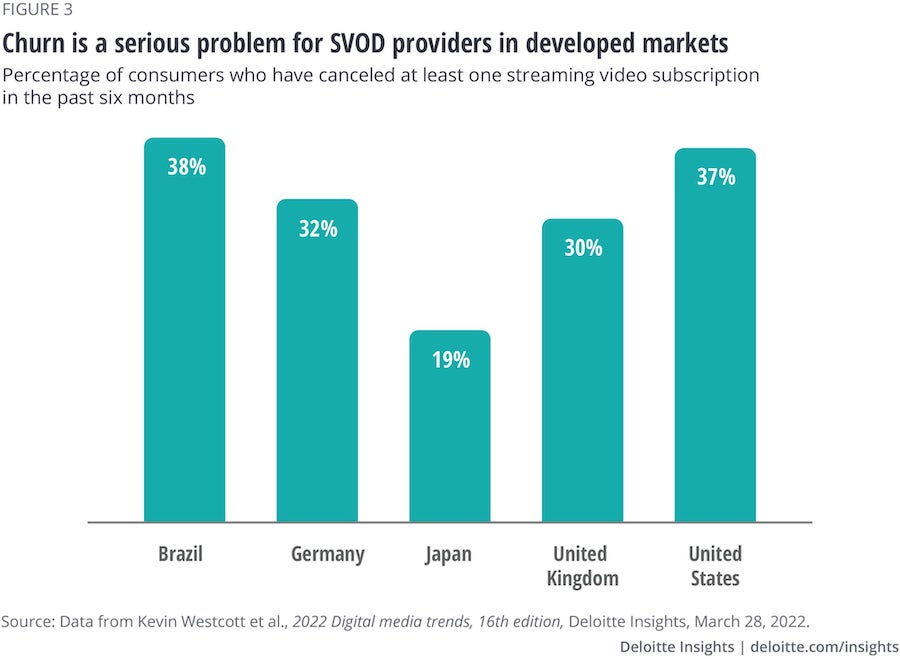