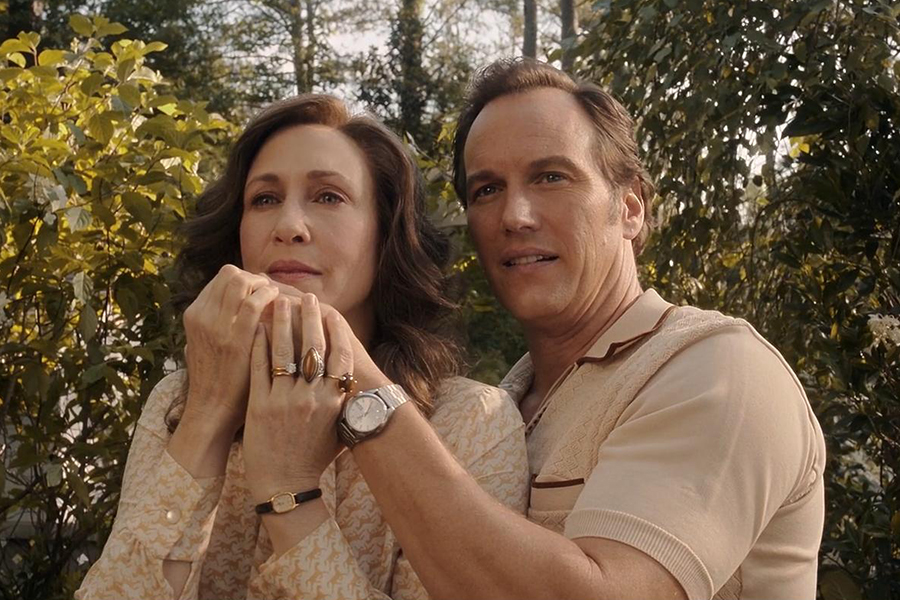 The Conjuring: The Devil Made Me Do It

It did not, however, sell the most copies on disc during the week.

No. 2 on both charts was the newly released The Conjuring: The Devil Made Me Do It from Warner Bros. Home Entertainment. The third “Conjuring” movie earned $65.6 million at the domestic box office and sold about 91% as many copies as the top title. However, the film was also available as part of a three-pack with the first two “Conjuring” movies, and that collection, which is tracked as a distinct title by VideoScan, was No. 10 on both charts, selling 16.9% as many copies as the top title. That means discs containing Conjuring 3 outsold Hitman’s Wife’s Bodyguard by about 7.8%.

The dedicated Blu-ray Disc chart also had Hitman’s Wife’s Bodyguard — a sequel to 2017’s The Hitman’s Bodyguard starring Ryan Reynolds, Samuel L. Jackson and Salma Hayek — as the No. 1 title for a second consecutive week, but in the HD realm in did sell more copies than the combined “Conjuring” offerings.

A two-pack of both “Hitman’s Bodyguard” movies has not yet been released.

Another new disc release, Sony Pictures’ Peter Rabbit 2, debuted at No. 3 on both charts. The family comedy earned $40.3 million at the domestic box office. It too was available in a collection with its predecessor, which was No. 15 on the Blu-ray Disc chart.

No. 4 on both charts was Disney’s Luca, the latest animated movie from Pixar.

Paramount’s A Quiet Place Part II was the No. 5 overall disc seller, and No. 7 on the Blu-ray chart. The No. 5 Blu-ray, and No. 6 overall, was Warner’s Godzilla vs. Kong.

Blu-ray Disc formats (which includes 4K) accounted for 52% of first-week Conjuring 3 sales, compared with 44% for Peter Rabbit 2. The “Conjuring” three-pack had 47% of its sales come from Blu-ray Disc, which means 53% came from the standard DVD version that was exclusive to Walmart.

Conjuring 3 had 12% of its total sales come from 4K Ultra HD Blu-ray, compared with 2% for Peter Rabbit 2.

The Media Play News rental chart for the week ended Aug. 29 saw Hitman’s Wife’s Bodyguard on top for a second week, with Conjuring 3 at No. 2 and Peter Rabbit 2 at No. 3.

A Quiet Place Part II was the No. 4 rental, followed by Warner’s Wrath of Man at No. 5.