New data from Comscore shows a significant increase in VOD consumption in March as millions of Americans complied with pandemic stay-at-home orders.

Looking at all set-top box-based VOD (including free on demand, SVOD, TVOD and EST), the month of March saw a nearly 30% increase in average transactions per household that subscribes to VOD year-over-year — with the average subscribing household accessing, purchasing or renting 16 titles of VOD content over the course of the month. That’s nearly four more transactions per VOD subscribing household than in March 2019, according to Comscore.

Of the VOD subcategories, SVOD had the highest growth, with a 53% increase in average transactions per subscribing household March 2019 versus March 2020. Free on demand was next with a 21% increase for the same time period. 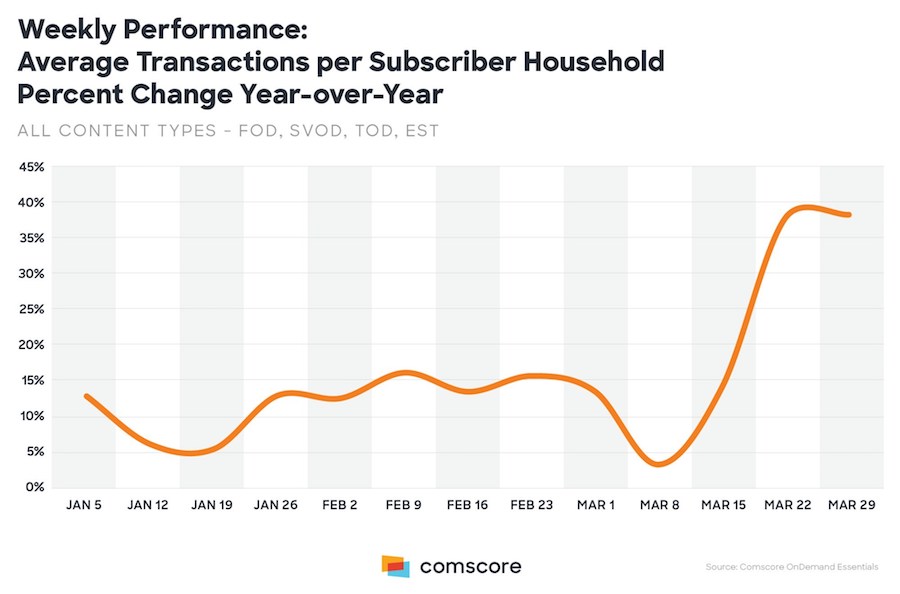