Engagement with streaming services surged in the beginning of May 2020 as Americans adjusted to stay-at-home orders due to the COVID-19 pandemic, according to new research from Comscore.

Among the “big five” streaming services — which still account for upwards of 80% of total hours streamed at home — Netflix, Amazon Prime Video, and Disney+ saw growth in share of streaming hours in the week of May 11 versus the week of Feb. 3, according to Comscore. 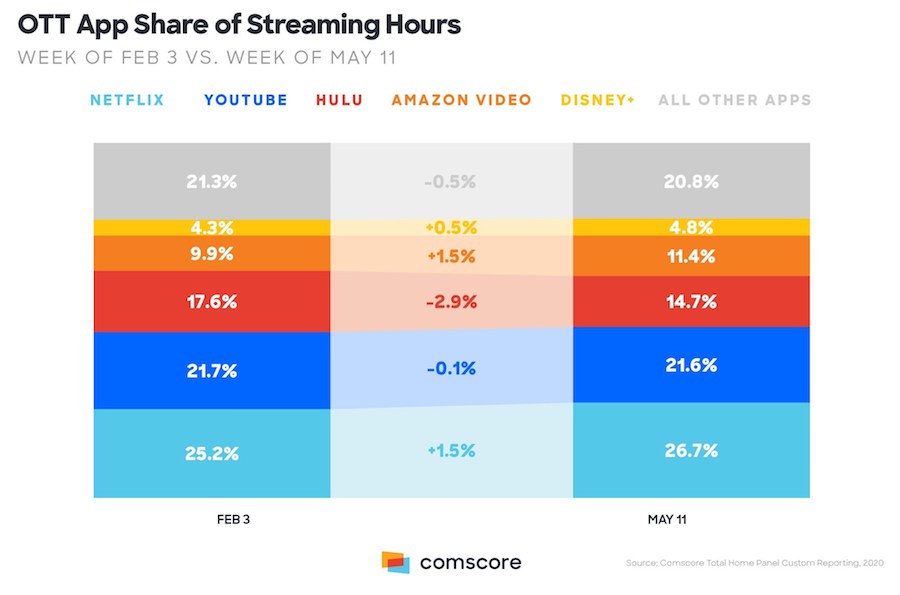