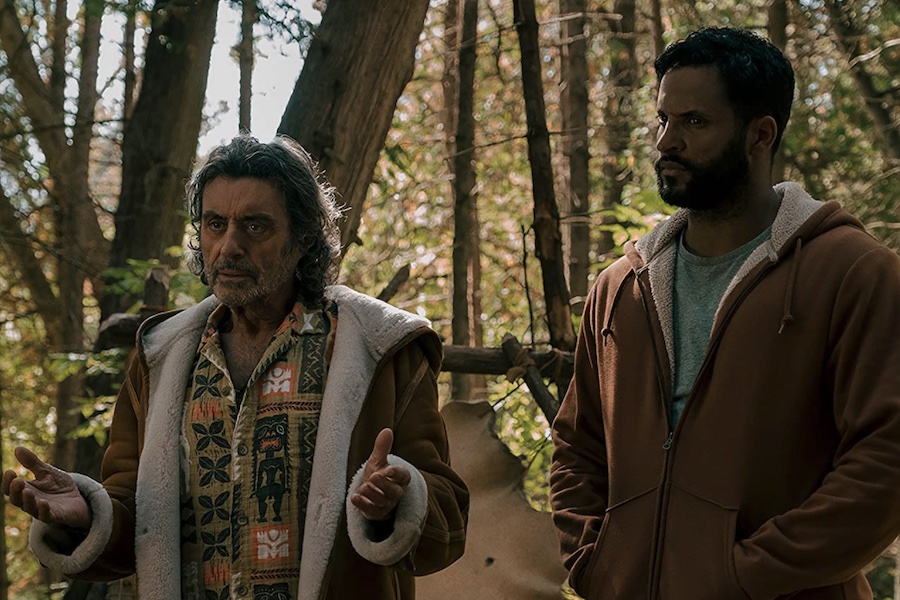 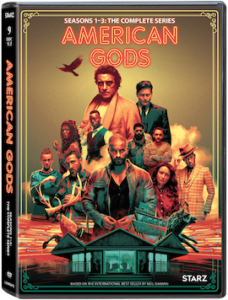 American Gods — Seasons 1–3: The Complete Series is being released on DVD March 1 from Lionsgate.

Set in a hidden world where magic is real and gods exist on earth, “American Gods” chronicles the brewing war between Old Gods and New Gods, as the traditional gods of mythology are steadily losing believers to a burgeoning pantheon of modern gods focused on technology and money. The story across three seasons centers around ex-convict Shadow Moon, bodyguard for the mysterious Mr. Wednesday, an Old God trying to rebuild the power and influence the Old Gods once had. As events unfold and Shadow struggles with his identity and place in the world, the series examines humanity’s conflicted relationship with faith and the unknown.

Special features include “The Road to ‘American Gods'”; “Title Gods”; “God Squad Video Commentary”; “American Gods” origins; “Old Gods”; “New Gods”; “What Is ‘American Gods’?”; “Book vs. Show”; “Explore the Crocodile Bar in 360 Degrees” with commentary by cast and crew, including with Bryan Fuller, Ian McShane, Ricky Whittle and Pablo Schreiber; audio commentaries with cast and crew; “The House on the Rock: Setting the Stage”; “The Second Coming,”Neil Gaiman on season two; “Gods and Ends: Random Musings from the Cast”; “Meet the New Gods of Season Three”; “Road to Epiphany: The Season Three Journey”; and “Five Questions for the Cast.”