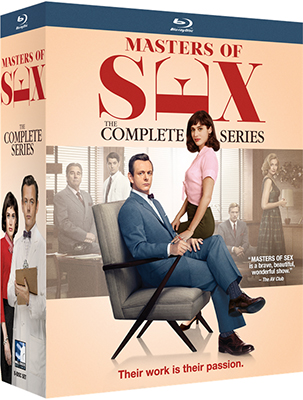 Mill Creek Entertainment’s August 2018 slate will include Masters of Sex: The Complete Series on Blu-ray and DVD. The series stars Michael Seen and Lizzy Caplan as famed sex researchers Masters and Johnson, in a fictionalized account of their efforts to study human sexuality in the 1950s and 1960s.

The show ran for 46 episodes across four seasons on Showtime before being canceled in 2016. Only the first two seasons have previously been released on disc in the United States, by Sony Pictures Home Entertainment.

The complete-series set will arrive Aug. 21.

Other titles on the Mill Creek calendar for Aug. 7 include: