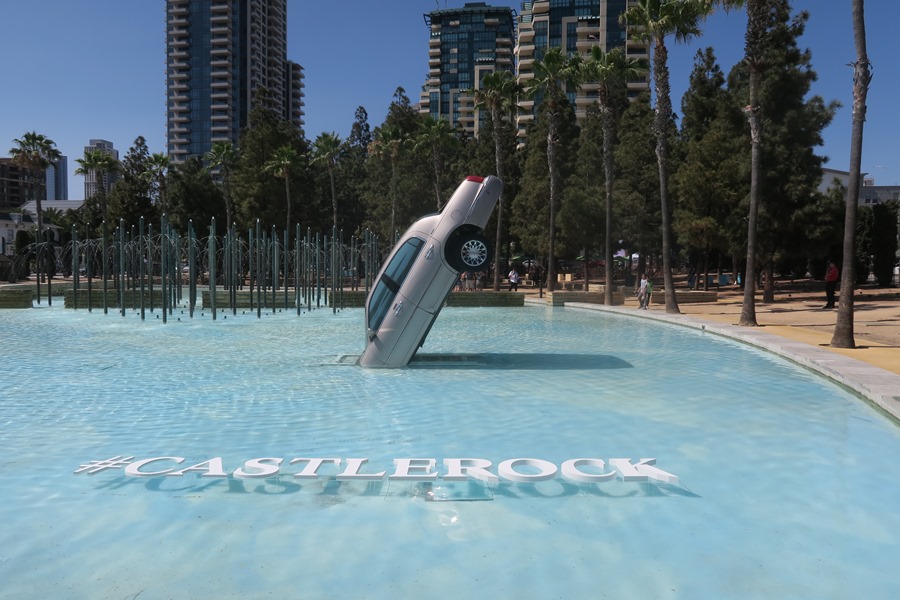 Hulu recreated the fictional town of Castle Rock for its new series based on Stephen King stories.

Comic-Con International: San Diego 2018 was an affirmation of the growing trend of entertainment to be geared toward viewers in their own homes – or using personal devices to watch movies, TV shows and other programming on demand, where, when and how they want to.

Oh, sure, studios and broadcasters still pulled out all the proverbial stops to promote new movies and TV shows, but the most lavish and elaborate installations and displays came from subscription streaming providers Netflix, Amazon and Hulu to promote their original shows.

And one of the hottest tickets on the panel front was for Death of Superman, a made-for-video release from Warner Bros. Home Entertainment. Thousands of fans streamed into the hall to hear cast members and filmmakers talk up the latest release in the DC Universe line of animated superhero movies, which is being released digitally July 24 and on Blu-ray, DVD and 4K Ultra HD Blu-ray Aug. 7.

Netflix had a big booth on the show floor where Comic-Con attendees could “visit” the medieval kingdom featured in its new series “Disenchantment,” from “The Simpsons” and “Futurama” creator Matt Groening.

The series – set in the crumbling kingdom of Dreamland and centered around the misadventures of hard-drinking young princess Bean, her feisty elf companion Elfo, and her personal demon Luci – is  Groening’s first new project in nearly 20 years, and his first collaboration with Netflix.

“Disenchantment” premieres on Netflix on Aug. 17.

Crews built a three-story building with a military-style helicopter on top. Visitors were dressed up with OptiTrack System sensors and Oculus Rift VR headset. They were then driven to the base of the tower where they climbed the staircase up to helicopter. Once inside, the VR headset was put into play and participants “jumped” out.

Not to be outdone, Hulu, the No. 3 subscription streaming service, converted city parkland – also across the street from the Convention Center – into a huge installation promoting “Castle Rock,” a new digital original series based on the horror stories of Stephen King.

Castle Rock is the fictional town in Maine where some of King’s most notorious stories were set, including Cujo, Needful Things, The Dead Zone and The Dark Half.

Highlights included a car, nose-first in a lake on the southwest corner of Children’s Park, and a haunted house-style walkthrough attraction called the “Castle Rock Historic Bed and Breakfast”.

Visitors were ushered into the lobby of the Victorian “inn,” where they encountered a somber-looking desk clerk and an old manual typewriter with a single sheet of paper loaded into it, with the sentence “All work and no play makes Jack a dull boy” written repeatedly (straight out of the King classic The Shining).