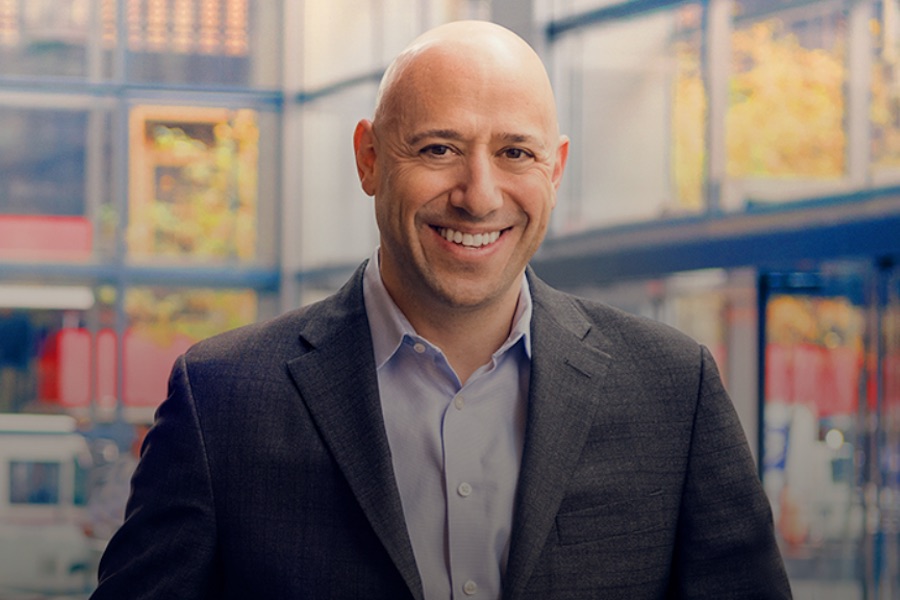 Launching NBCUniversal’s new flagship streaming service Peacock might have seemed a daunting task under normal circumstances — but it took on new challenges during a pandemic.

Still, Matt Strauss and his team knew there were many ways Peacock could spread its wings.

Strauss, chairman of direct-to-consumer and international at Comcast, is responsible for all aspects of Peacock, among other duties. The AVOD/SVOD hybrid service has gathered 26 million total subscribers, NBCUniversal CEO Jeff Shell revealed Dec. 8.

Strauss told attendees Dec. 15 at DEG: The Digital Entertainment Group’s virtual pre-CES event that Peacock, which launched in July, is designed to fill an important niche in the increasingly competitive streaming marketplace — and that it has a long-term strategy.

“When we launched Peacock, we really wanted to keep our heads down,” he said. “It was really about execution. We thought that there was an opportunity to surprise and delight people with something that we believe is unique in the market, but at the same time, one of our mantras has really been it’s not a sprint, it’s a marathon.”

One initial curveball during launch was the postponement of the Olympics, which had been designed as must-see programming on the new streaming service, to be boosted by an elaborate marketing campaign.

“I’m always a very optimistic person by nature, and I always look for a silver lining,” Strauss said. “I think that there was a silver lining because the week that we were planning to launch nationally for the Olympics — it would have been great in many respects — but at the same time it was a kind of very concentrated way that we were going to launch during the few weeks of the Olympics, and what we ended up doing is coming up with a similar plan, but we spread it out across the back half of the year, and I think that that gave us this ongoing cadence and drumbeat that, from a marketing standpoint, I believe, was actually better than what we had initially planned.”

There was another bright side.

“We actually thought that in a small way Peacock could benefit with everything that was going on in the world, giving people another entertainment option,” he said.

Another advantage Peacock had was companywide expertise and products supporting a service that “really taps into every part of Comcast,” he said. The platform is built from Sky’s Snap TV OTT service, NBCUniversal powered a lot of the programming, and Comcast’s cable unit offered on demand knowledge.

“I myself come from Comcast cable,” he said. “I’ve been at Comcast for 16 years, so I’ve had a front row seat in the evolution that we’ve gone through as a company with the development of X1 and Flex, broadband products. When it came to Peacock, you really had stakeholders from all the different parts of the company with different experiences that were brought to the table when it came to design.”

Peacock tapped Comcast’s X1 and Flex (Internet-only) customers to refine the user interface by offering its premium service to them first at no additional cost in April.

“It was a really interesting sandbox, and we wanted to use three months to really harden the application,” he said.

Executives didn’t want Peacock to be a “me too” service, so they combined the experience of watching linear TV with on-demand components and a unique “trending” feature, tapping into how younger generations interact with video. They also decided to offer ads, in a departure from other new services Disney+ and Apple TV+, as well as established SVOD player Netflix.

“We know the trends that everybody else is looking at,” he said. “You’re continuing to see pay-TV decline, not really because people don’t like pay television, but because they’re getting priced out. The average cable or satellite bill is $85 a month. And then you’re looking at a service like Netflix, which has done a very good job at creating a good price-value equation, that others are moving towards, and you know there’s a lot of competition in the streaming space and it’s only grown in past 18 months, and a lot of it is trying to go after Netflix, and we realized that that wasn’t really where we thought the opportunity was for us.”

They decided on offering a free, ad-supported component to combat this subscription fatigue.

“At some point, when you’re paying for internet and now two, three or four subscription services, I think for some people it becomes frustrating,” he said.

The Peacock team also concentrated on offering a unique product.

“Our ambition with Peacock is to really position ourselves as the premium ad-supported aggregation streaming service,” he said. “We didn’t call ourselves NBC+. We didn’t call ourselves that for a reason — because we wanted to position ourselves as an aggregator that can go beyond the boundaries of our catalog and our content. But we also believe as we continue to produce more programming, add more content, that there’s also an opportunity for us to migrate customers to subscription.”

They also knew there was an opportunity to address a need in the advertising community as more eyeballs were moving to streaming.

“There was a pent-up demand that was growing with advertisers looking for the ability to participate,” he said. “But they want to participate with premium content, and there weren’t a lot of options in the streaming space that they could participate in that way, and we saw that as a sweet spot for us.”

In contrast to other ad-supported streaming services, Peacock has a more user-friendly ad load of no more than five minutes of ads per hour, he said.

“We felt really fortunate that we were able to secure 10 premium launch sponsors with Peacock, and the benefit is that they get an uncluttered environment,” he said. “They also have a seat at the table as we’re developing the product because in many respects our ambition is really not just to look at this as a 15-second spot or a 30-second spot but how do we start to find other creative ways through ad innovation that we can bring the advertisers to light.”

Unlike other services, Peacock also avoids repeating ads to a customer over and over again.

“Even if it’s a limited ad load, there’s nothing more frustrating in my opinion than seeing the same ad in different pods while you’re watching a show,” he said.

Looking into 2021, Strauss sees a wealth of programming coming, in part due to production slowdowns and the Olympics delay.

“The Olympics got shifted, and now next year, we’ll almost have two Olympics within a relatively short amount of time,” he said. “Even though we were able to launch over a dozen original series this year, we had more planned, and now we’re going to have more next year than we had initially contemplated because of COVID.”

The service in January will serve up a Wild Card game with the NFL, and then there’s the sitcom juggernaut “The Office,” which also hits the service that month. NBCUniversal outbid Netflix, on which “The Office” reigned as one of the top programs, to bring the comedy to Peacock.

“We’ve got some exciting things in how we can present ‘The Office’ in a way that’s maybe a little bit more unique than what people have seen in the past,” he said.

Having tried to launch an on-demand service almost 20 years ago, Strauss said he feels “almost like a kid in a candy store” with the technology and marketplace Peacock is in today.

“I feel fortunate that I was almost given an opportunity to do it again, but to do it in a way where the technology has evolved, clearly audiences and users have evolved, and the distribution has grown significantly,” he said.

Starting a streaming VOD service from scratch has been a unique opportunity, he said.

“I’ve got this sandbox,” he said. “I can really try to push the envelope to where I think the puck is going with what people are looking for, and the bar’s lower because I’m starting with almost no subscribers, so it’s an opportunity for us to iterate quickly, learn quickly.”