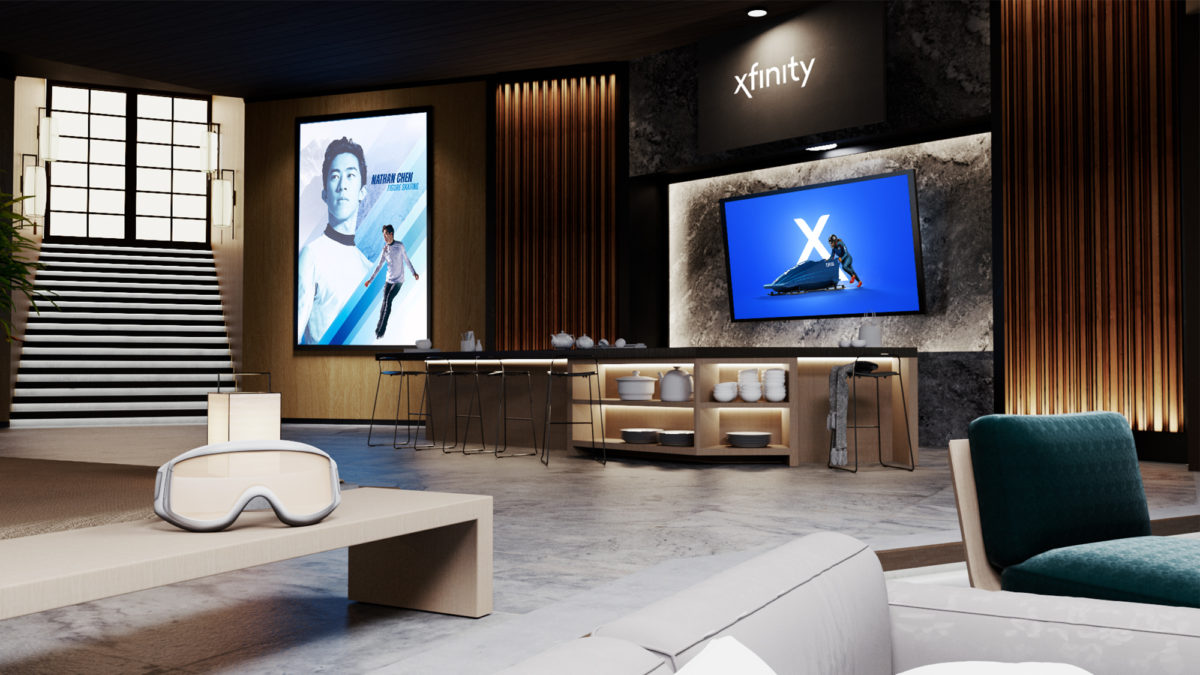 Comcast and NBCUniversal Feb. 4 announced the launch of the NBC Olympics VR by Xfinity app. Available for the first time in 8K resolution, the app (which is limited to pay-TV subscribers with an 8K-compatible TV) will feature more than 150 hours of live and on demand interactive virtual reality coverage of the Beijing Olympic Games, which officially begin today (Feb. 4).

“We strive to create innovative viewing experiences so immersive it rivals being at the Winter Olympics live,” Sophia Ahmad, EVP of Xfinity Consumer Services, said in a statement.

Developed in collaboration with product and technical teams across NBCUniversal and Comcast, the app leverages technical VR innovations from both companies.

“Our 8K virtual reality experience for the Winter Games will offer users a one-of-a-kind viewing experience where they feel as if they’re fully immersed in their favorite sports,” said Gary Zenkel, president of NBC Olympics.

VR/8K coverage includes live and on-demand coverage of figure skating, hockey and snowboarding. Select events will offer viewers the option to switch between different cameras to get alternative vantage points.

Coverage of the Opening and Closing Ceremonies, where viewers will have an athlete-level view of the event and get to experience the rush of walking for their country as an Olympian.

Features and highlights from 10 additional sports throughout the Games, including alpine skiing, bobsled and speed skating.

Viewers can also host a virtual Olympics watch party and invite up to three friends to join their virtual suite where they can interact together as if they were in the same room. The NBC Olympics VR by Xfinity app is now available to download from the Meta Quest 2 app store.