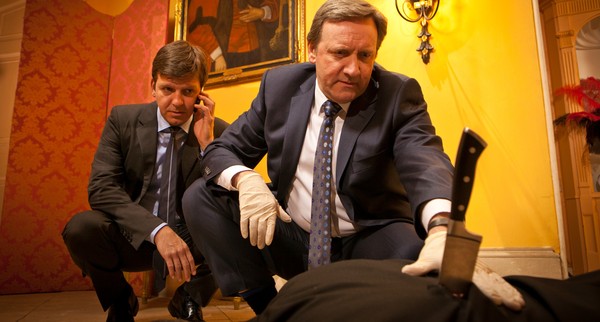 "Midsomer Murders" is among the British TV shows available on Acorn TV.

The launch of the SVOD service marks the first time Acorn TV, owned by RLJ Entertainment, is available on a pay-TV set-top box.

Acorn TV is accessible on Xfinity on Demand and on the go via the Xfinity Stream App and portal. Subscribers with an X1 voice remote can say “Acorn TV” to begin watching or use their remote to navigate programing within the Xfinity on Demand menu. Xfinity TV subs can add Acorn TV for $4.99 per month.

“We continue to make more and more of the content our customers [want] available to them all in one place and easily accessible by voice through X1,” Michael Imbesi, VP, movies & PPV programming, Comcast Cable, said in a statement.

Acorn TV is as old as Netflix, relaunching as a standalone over-the-top video service in 2013. It ended 2017 with more than 500,000 subscribers.

“Acorn TV is excited to continue to expand our distribution through a partnership with Comcast,” said Mike Pears, president of U.S. distribution for RLJ Entertainment — which is majority owned by AMC Networks.

2 thoughts on “Comcast Gets Direct Access to Acorn TV”