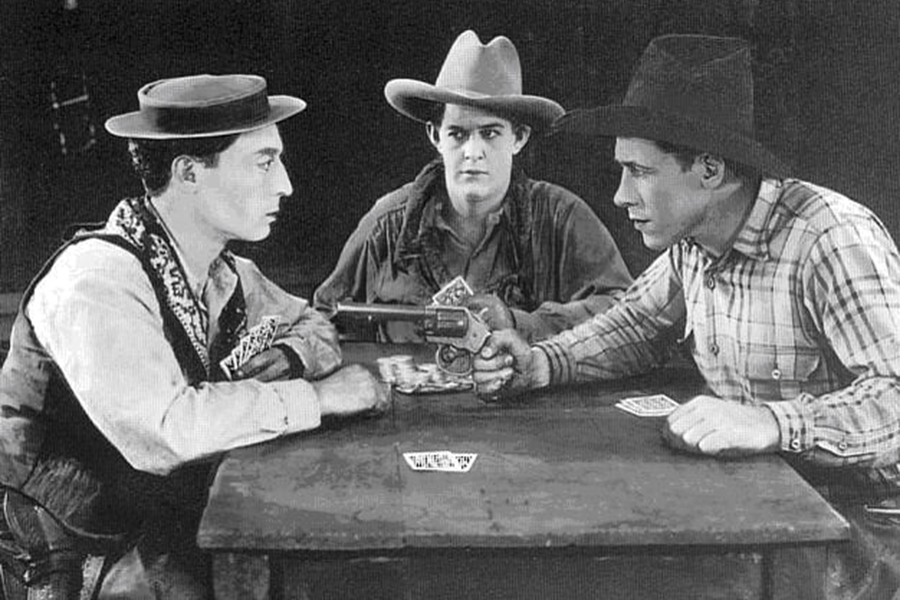 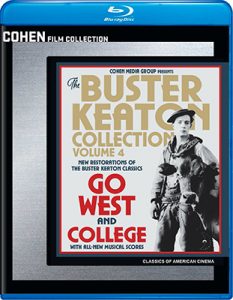 Cohen Film Collection Dec. 8 will release The Buster Keaton Collection Vol. 4 on DVD and Blu-ray Disc. The set will include legendary comedian Buster Keaton’s films Go West and College, both of which he starred in and directed.

In 1925’s Go West, Keaton plays an idealistic young man who heeds the expansionist call of Horace Greeley and hops a freight train westward to meet his destiny, first in a teeming metropolis — where he is roundly trampled by rush-hour foot traffic — then into the ranch lands of Arizona. His attempts at bronco busting, cattle wrangling, and even dairy farming all end in hilarious failure, but when a trainload of steer are unleashed on the streets of Los Angeles, the young man decides to undertake an unorthodox, single-handed round-up.

In 1927’s College, Keaton’s ode to varsity life, he stars as Ronald, a small-town, academically-inclined freshman who applies his wiry physique to a series of sports, in order to impress a fellow student (Anne Cornwall). He seems destined for failure, but when Mary is accosted by an overzealous rival (Harold Goodwin), Ronald discovers within himself an untapped wellspring of athleticism.