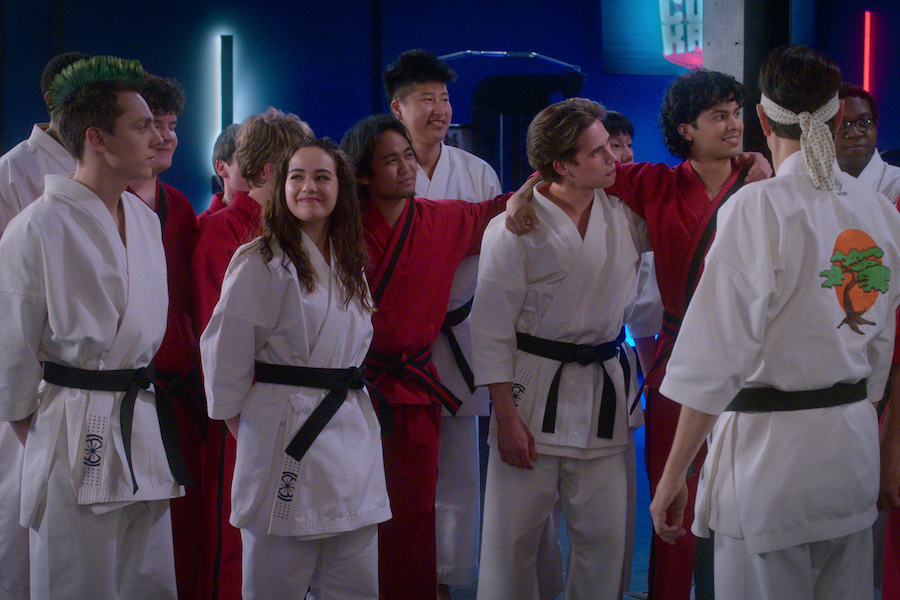 Season five of the martial arts comedy-drama started streaming Sept. 9. The series is based on the “Karate Kid” franchise, focusing on the characters more than 30 years after the original film.

The Marvel Comics series “She-Hulk: Attorney at Law” fell to No. 2 on the streaming originals chart. The series began streaming on Disney+ in weekly episodes Aug. 18. It follows a lawyer specializing in cases involving superhumans who also becomes a superhero.

Falling from No. 2 to No. 3 on the streaming originals chart was Prime Video’s “The Lord of the Rings: The Rings of Power,” which started streaming Sept. 1. Dubbed the most-expensive TV season ever with a production budget of $715 million, the fantasy series is based on the books by J.R.R. Tolkien and is set thousands of years before The Hobbit.

The miniseries “Devil in Ohio,” which started streaming on Netflix Sept. 2, landed at No. 4. The suspense thriller created by Daria Polatin is based on her book of the same name and follows a psychiatrist who takes in a refugee from a cult.

Landing at No. 5 was the anthology horror series “American Horror Stories,” streaming on Hulu.