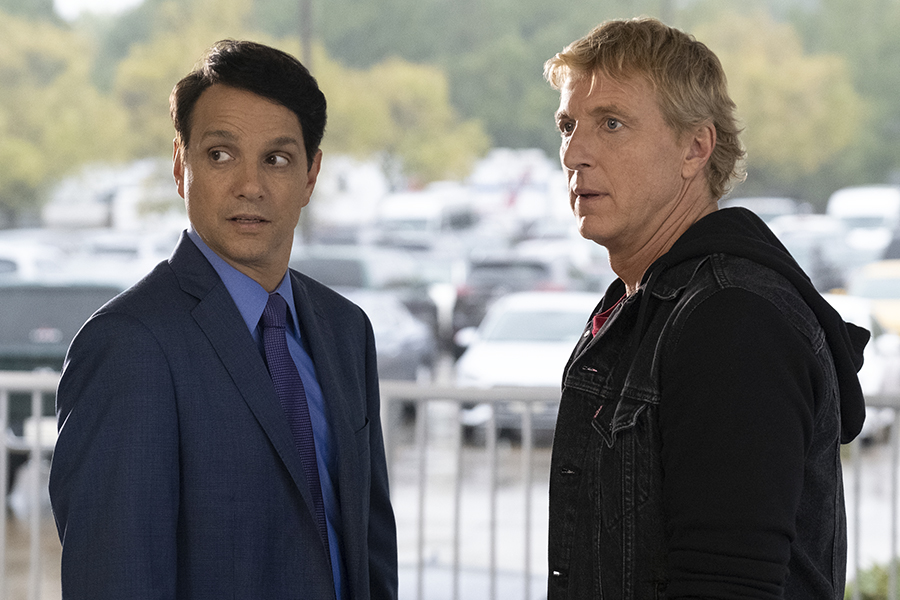 Netflix’s “Cobra Kai” remained No. 1 on Parrot Analytics’ digital originals chart for a fifth consecutive week the week ended Feb. 6. It slipped two spots to No. 5 on Parrot’s ranking of all TV shows with 65.3 times the demand of an average show, after a 9.6% decline in demand expressions, the proprietary metric Parrot uses to gauge a show’s popularity.

The Disney+ live-action “Star Wars” series “The Mandalorian” remained No. 2 on the digital originals chart and fell to No. 6 on the overall TV chart, with demand expressions up 0.4% and the show having 63.1 times average demand.

“WandaVision,” the first Disney+ series set in the Marvel Cinematic Universe, climbed a spot to No. 3. It saw expressions climb 21.9% to give it 60 times the demand of the average show.

Netflix’s perennially popular “Stranger Things” dropped to No. 4, with 48.5 times average demand and expressions down 5.7%. It was No. 9 on the overall TV show list.

Amazon Prime’s “The Boys” jumped up six spots to rejoin the top 10 at No. 10, with news production on the third season has begun. It had a 10.6% rise in expressions to bring it to 25.9 times average demand. 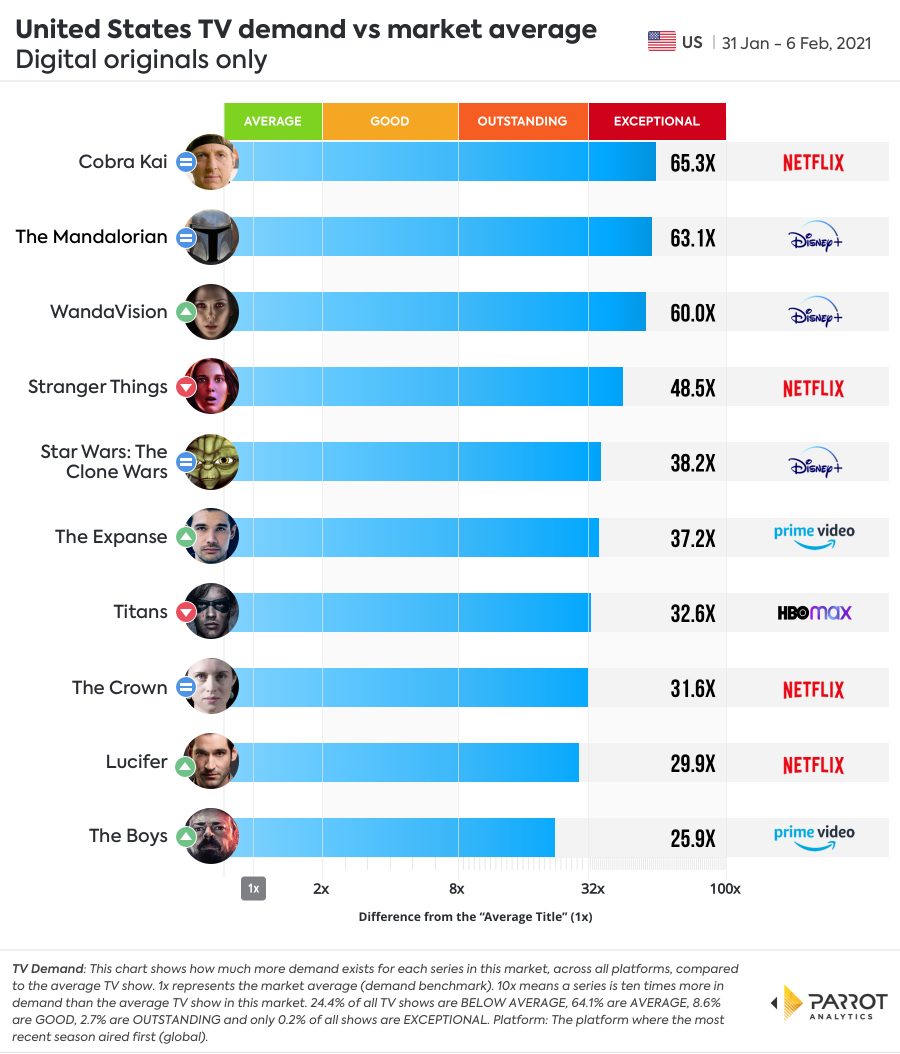