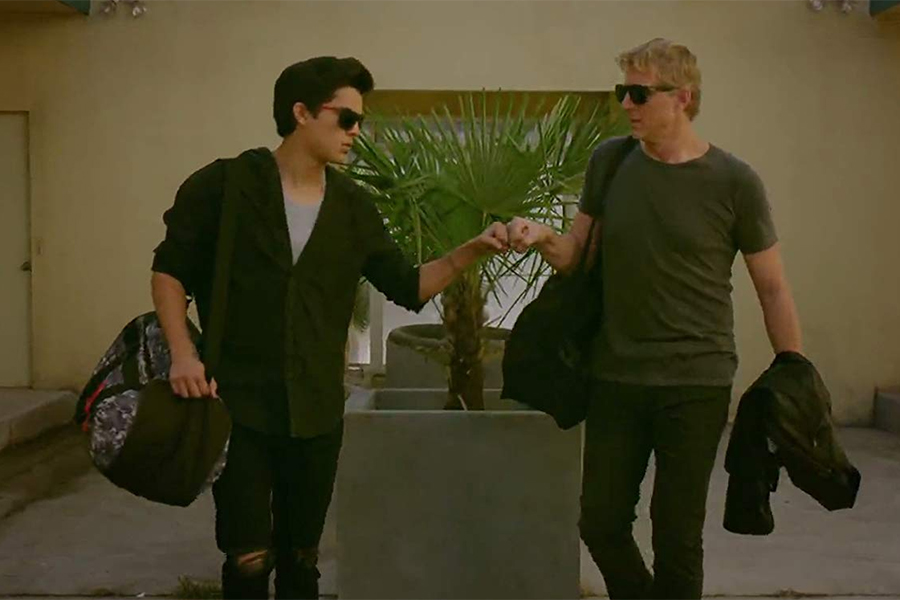 The premiere of the second season of “Cobra Kai” helped push the show back into the top spot on Parrot Analytics’ digital originals chart for the week ended April 27.

All 10 episodes of the season bowed April 24 on YouTube Premium, leading to the show registering 41.2 million average daily Demand Expressions, the proprietary metric used by Parrot Analytics to measure global demand for TV content. That was up 40% from the previous week, when it was No. 6 on the chart. The series is a sequel to 1984’s The Karate Kid, following the adult lives of the film’s teenage characters as they introduce a new generation to martial arts.

Netflix’s “Chilling Adventures of Sabrina” slipped to No. 4 for the week with a 15% decline in expressions to 36.1 million.

Rounding out the top five was DC Universe’s “Titans,” down one spot from the previous week with 31 million expressions, a 1.8% drop.

By comparison, the biggest TV show of any kind for the week was HBO’s “Game of Thrones,” currently in its final season, which drew 482 million expressions. 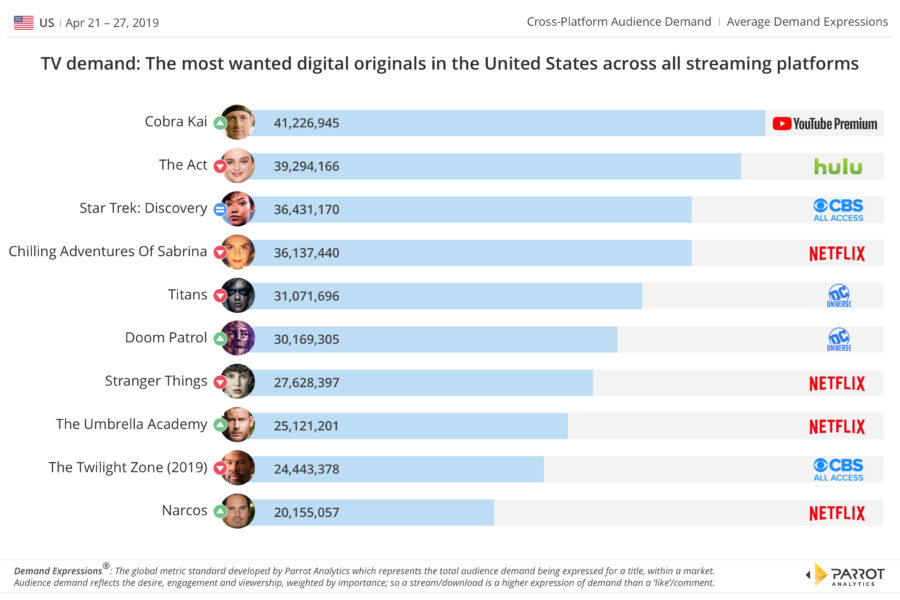