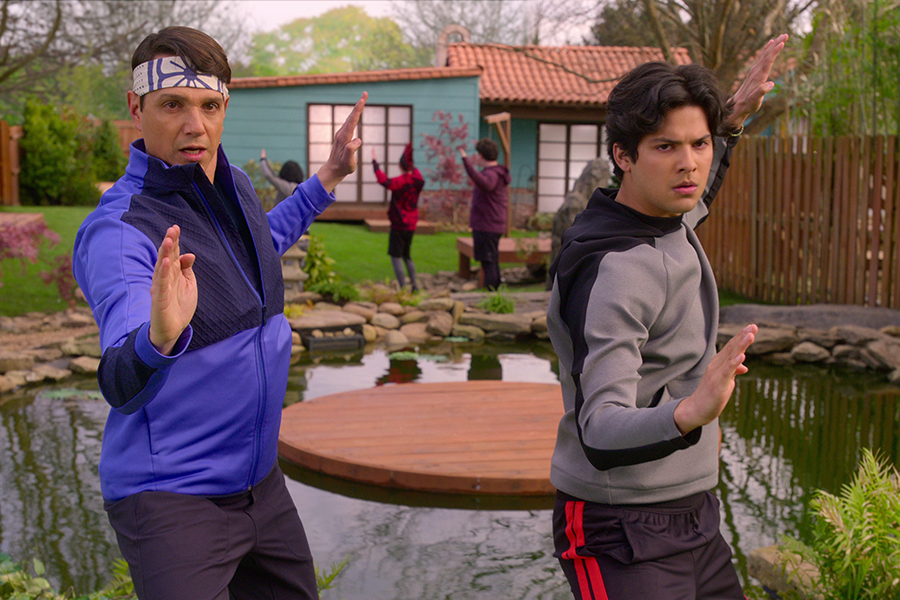 Netflix’s “Cobra Kai” remained No. 1 on both Parrot Analytics’ digital originals U.S. rankings and the data firm’s list of all TV shows the week ended Jan. 14. The “Karate Kid” sequel series had 83.3 times the demand of the average series after a 6.6% drop in demand expressions, the proprietary metric Parrot uses to gauge a show’s popularity.

Netflix’s fantasy series “The Witcher” held onto the No. 2 spot on the digital originals chart with 53.6 times the demand of an average series during the week after a 19.3% drop in demand expressions. “The Witcher” was No. 3 on the list of overall TV shows.

The Disney+ “Star Wars” series “The Mandalorian” and its spin-off “The Book of Boba Fett” held the next two spots, but flipped places from the previous week.

“Boba Fett” rose a spot to No. 3 on the digital originals chart, with its third of seven episodes bowing during the week, though it wasn’t very well received by fans. It had 39.4 times the demand of an average series following a 1.7% drop in demand expressions. “The Book of Boba Fett” was No. 10 on the list of overall TV shows.

“Mandalorian” slid to No. 4 on the digital originals chart with a 7.9% drop in demand expressions to give it 37.9 times the demand of an average series.

Netflix’s perennially popular “Stranger Things” inched back up to No. 5 with a 1.9% rise in demand expressions to take 34.6 times average demand.

Amazon Prime Video’s “The Expanse” had a 7.2% increase in demand expressions during the week with its series finale arriving Jan. 14. The sci-fi series had 30.6 times the average series demand to push it up four spots to re-enter the top 10 at No. 8.

The No. 2 overall TV series in terms of online demand was “SpongeBob SquarePants,” with 64.5 times average demand. 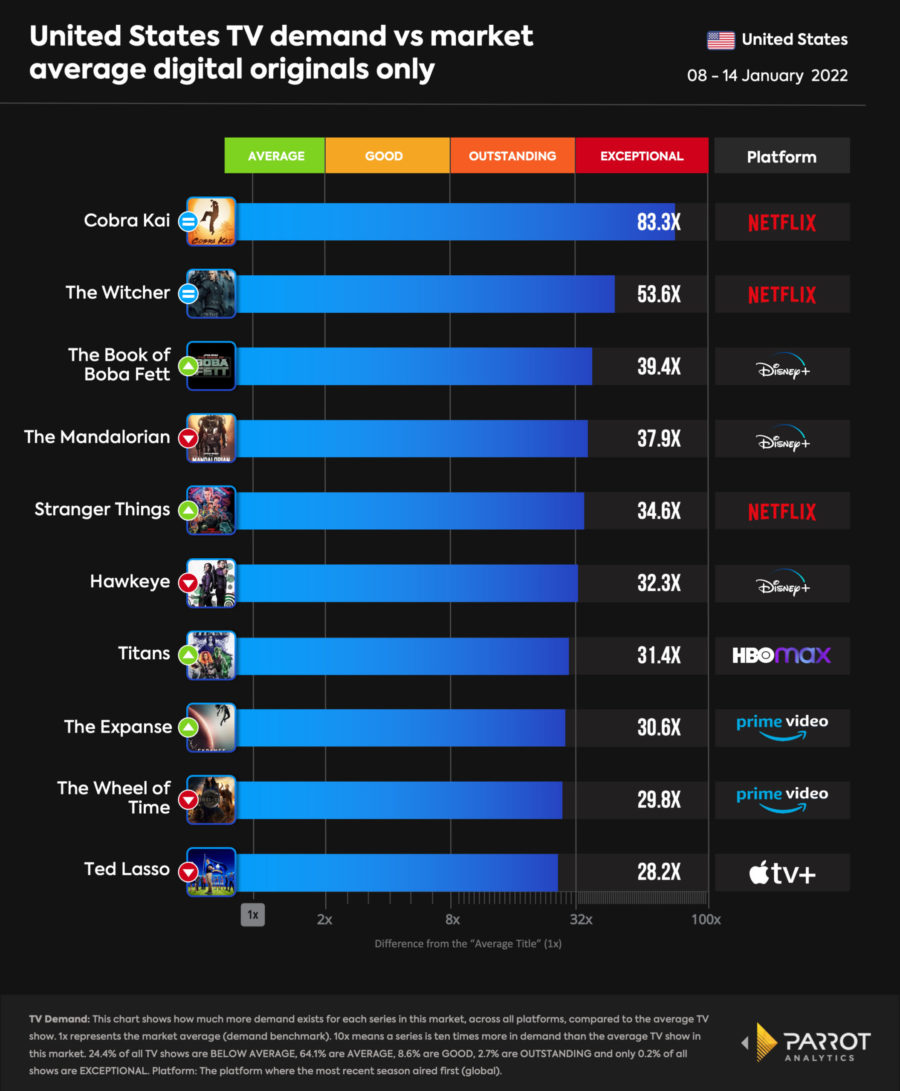