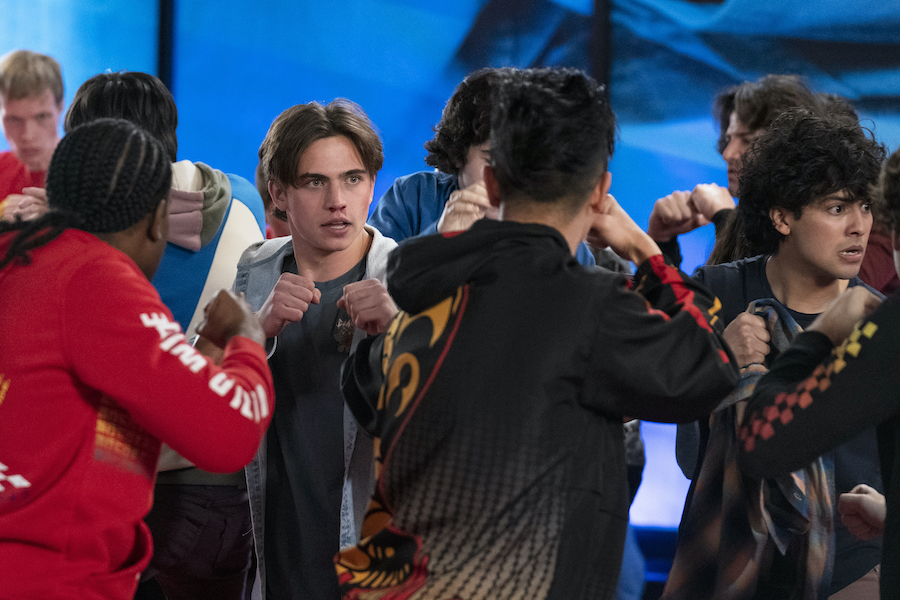 Season five of the martial arts comedy-drama started streaming Sept. 9. The series is based on the “Karate Kid” franchise, focusing on the characters more than 30 years after the original film.

The Marvel Comics series “She-Hulk: Attorney at Law” remained at No. 2 on the streaming originals chart. The series began streaming on Disney+ in weekly episodes Aug. 18. It follows a lawyer specializing in cases involving superhumans who also becomes a superhero.

Remaining at No. 3 on the streaming originals chart was Prime Video’s “The Lord of the Rings: The Rings of Power,” which started streaming Sept. 1. Dubbed the most-expensive TV season ever with a production budget of $715 million, the fantasy series is based on the books by J.R.R. Tolkien and is set thousands of years before The Hobbit.

Joining the chart at No. 4 was Hulu’s “The Handmaid’s Tale,” season five of which began streaming Sept. 14. The dystopian series is based on the 1985 novel by Margaret Atwood about a society in which fertile women are consigned to child-bearing slavery.

Landing at No. 5 was Netflix’s “Fate: The Winx Saga,” season two of which began streaming on Netflix Sept. 16. The live-action teen drama, about fairies at a magical boarding school, is based on the animated Nickelodeon series “Winx Club.”