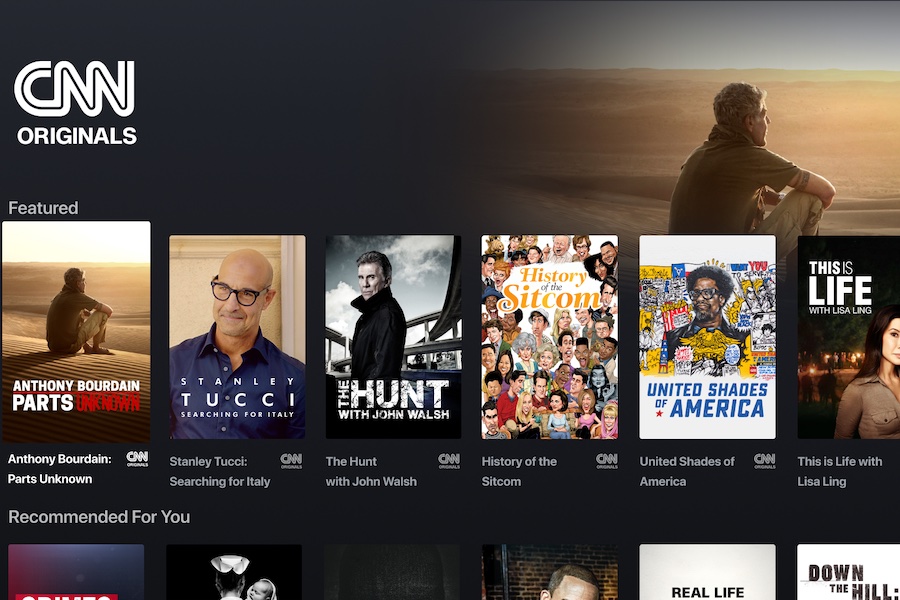 CNN and Warner Bros. Discovery have announced the launch of a dedicated CNN Originals hub on Discovery+ domestically.

“We’re thrilled to expand the reach of CNN and HLN’s powerful nonfiction programming to subscribers of Discovery+,” Chris Licht, chairman and CEO of CNN, said in a statement. “Our original series have an unrivaled ability to introduce and immerse audiences in stories of the people, places and cultures that make this world so fantastic and, at times, frightening. By offering our programming through Discovery+, more people can explore and experience CNN’s premium content.”

“True crime, food and travel programming are among the most-watched genres for Discovery+ viewers, so these titles from CNN will fit right in with our best-in-class collection of unscripted content,” J.B. Perrette, president and CEO of Warner Bros. Discovery Streaming, said in a statement. “We’re excited to offer our subscribers access to a comprehensive offering of CNN Original Series available to stream with their existing subscription.”

“As we celebrate the tenth anniversary of CNN Original Series, this new collaboration allows us to share these smart and entertaining projects with a new and already engaged audience,” Amy Entelis, EVP of talent and content development for CNN worldwide, said in a statement. “We know subscribers will enjoy exploring over 800 episodes of award-winning programming from CNN and HLN Original Series and CNN Films.”

Beginning Aug. 19, Discovery+ subscribers can access the CNN Originals Hub within the Discovery+ app or on the web at discoveryplus.com.