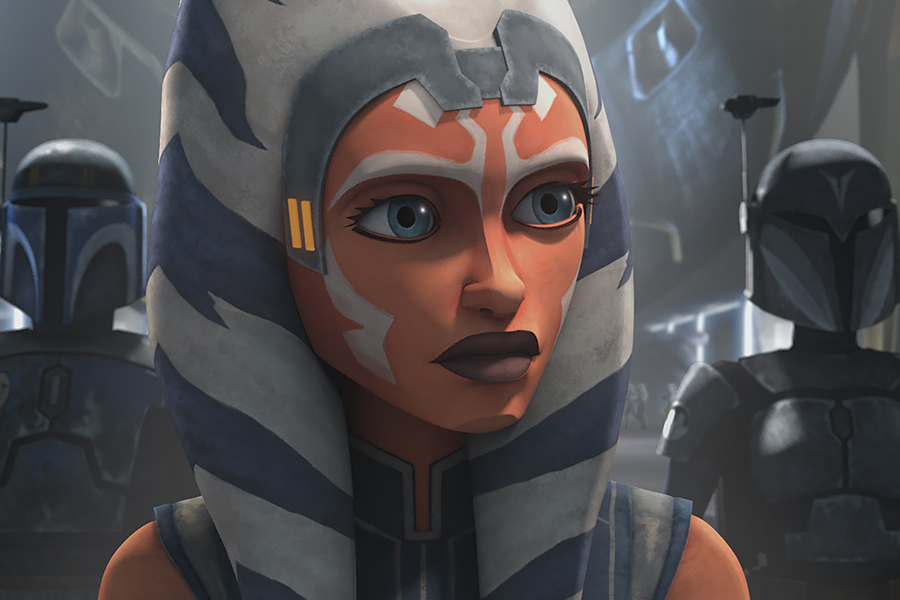 The Disney+ animated series “Star Wars: The Clone Wars” took over the No. 1 spot on Parrot Analytics’ digital originals rankings the week ended April 25, its first time in the top spot.

The 12-episode seventh season of “The Clone Wars” debuted exclusively on Disney+ Feb. 21. The show, which chronicles the galactic war taking place between the “Star Wars” movies Attack of the Clones and Revenge of the Sith, previously aired five seasons on Cartoon Network from 2008 to 2012, with a sixth season appearing on Netflix in 2014 after production was halted following Disney’s purchase of Lucasfilm.

All the episodes, plus the 2008 movie that began the series, are available from streaming on Disney+, with the new episodes meant to serve as a fitting conclusion for the series. The final four-part “Siege of Mandalore” story arc began April 17 and ties the end of the series into events of Revenge of the Sith, making them the most highly anticipated episodes of the new batch and explaining the show’s rise to the top spot. The final two episodes will be available May 1 and May 4, respectively.

“Clone Wars” registered 68 million average daily Demand Expressions, the proprietary metric used by Parrot Analytics to measure global demand for TV content. That was up 20.2% from the previous week, when it was No. 4.

Netflix’s “Stranger Things” remained No. 2 on the digital originals chart, down 9.6% from the previous week to 61.4 million expressions.

Netflix’s documentary series “Tiger King: Murder, Mayhem and Madness” dropped to No. 3, down 33.6% in expressions to 59.3 million. It had been most in-demand digital original the previous two weeks.

The other notable Disney+ “Star Wars” spinoff, “The Mandalorian” remained at No. 4, up 5.2% to 55.4 million expressions. For Disney, which has been hit particularly hard by the coronavirus lockdowns, the success of both “The Clone Wars” and “The Mandalorian” demonstrate the continued value of the “Star Wars” brand for the studio despite recent fan angst over the direction of the franchise.

Netflix’s crime drama “Money Heist,” known internationally as “La Casa de Papel,” dropped to No. 5, with expressions down 9.3% to 53.4 million. The Spanish series was named by Parrot as the most in-demand series in the world after its fourth season debuted April 3.

Hulu’s “Little Fires Everywhere” gained 13.6% in demand after releasing its shocking finale April 22, pushing expressions to 37.7 million and moving up three spots to No. 7. 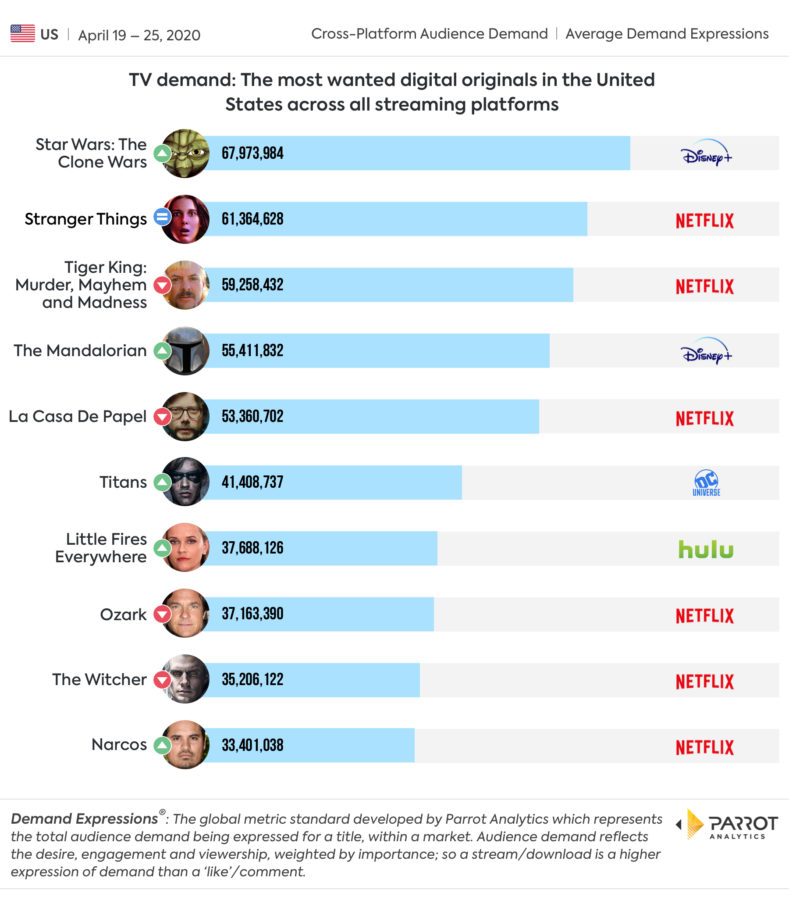