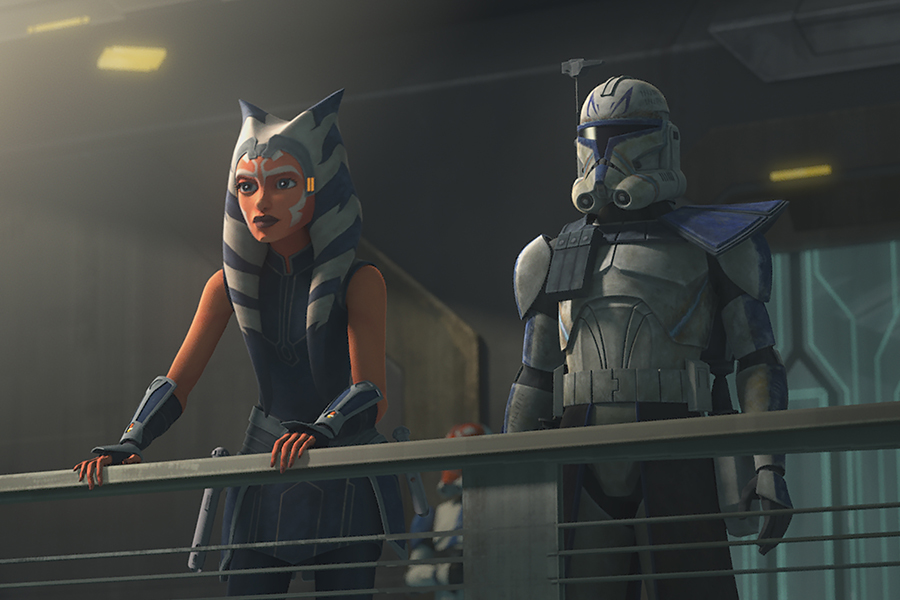 The Disney+ animated series “Star Wars: The Clone Wars” not only remained No. 1 on Parrot Analytics’ digital originals rankings for a second-consecutive week, it also grabbed the top spot on the data firm’s overall list of TV series from any platform the week ended May 2.

The seventh season of “The Clone Wars” is available exclusively on Disney+, and the penultimate episode that debuted May 1 was particularly well received by fans as it tied into the “Order 66” sequences from Revenge of the Sith, leading into the May 4 finale. “Clone Wars” registered 97.4 million average daily Demand Expressions, the proprietary metric used by Parrot Analytics to measure global demand for TV content, up 43.3% from the previous week.

Netflix’s “Stranger Things” remained No. 2 on the digital originals chart, down 4.3% from the previous week to 58.7 million expressions.

Netflix’s crime drama “Money Heist,” known internationally as “La Casa de Papel,” rose to No. 4, with expressions down 8.8% to 48.74 million.

The new Apple TV+ crime drama “Defending Jacob” made a big jump to No. 5, from No. 23 a week earlier, with expressions up 115% to 40.7 million. The series, starring Chris Evans and Michelle Dockery, premiered April 24.

Also making a big move was Netflix’s surrealist animated series “The Midnight Gospel,”  which climbed from No. 33 to No. 10 with a 101.3% jump in expressions to 33.1 million. The show debuted April 20. 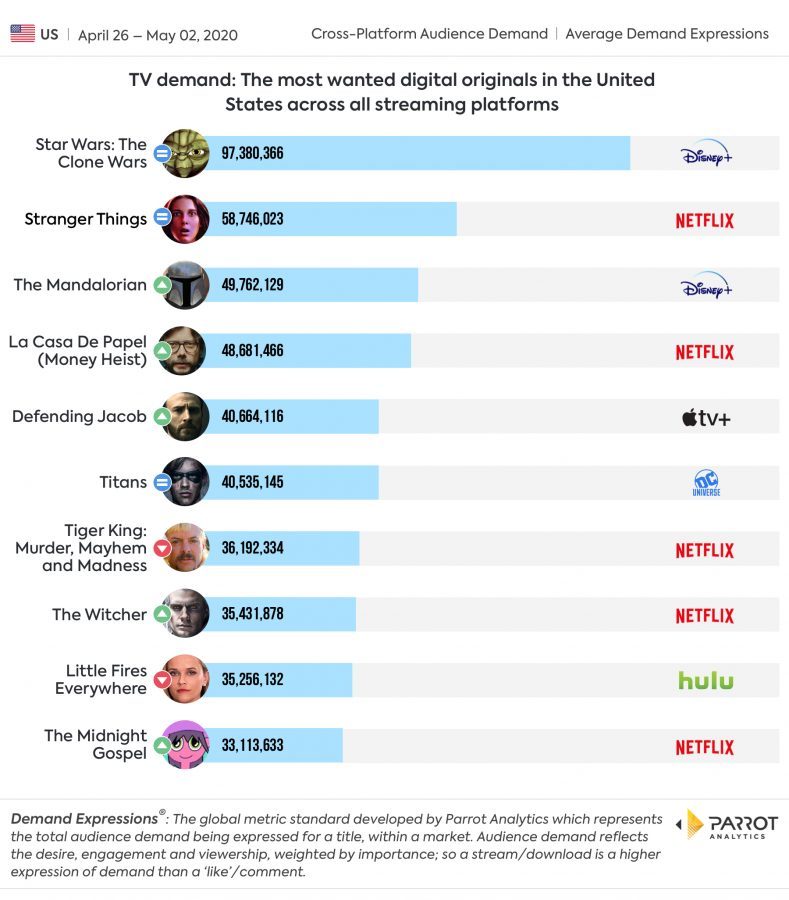