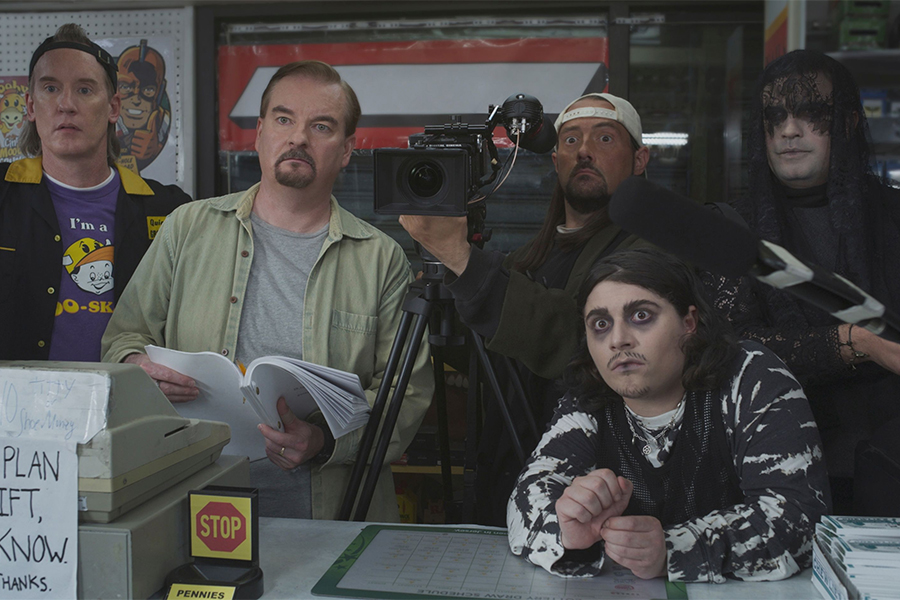 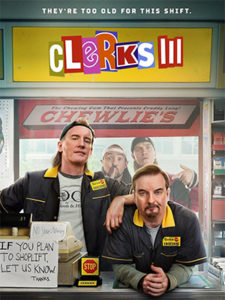 The film completes a trilogy that began with Smith’s 1994 directorial debut Clerks. and continued with 2006’s Clerks II. It is also the ninth entry in Smith’s View Askewniverse, his shared cinematic universe linked by Jay and Silent Bob (Jason Mewes and Smith) and named for his production company, View Askew.

Clerks III returns to the adventures of Dante (Brian O’Halloran) and Randal (Jeff Anderson) about 15 years after they purchased the Quick Stop convenience store. After Randal suffers a massive heart attack (based on Smith’s own real-life heart attack), he decides to make a movie about his life in the retail service industry (as depicted in the first two “Clerks” movies).

The film has made about $2.2 million during a limited Fathom Events theatrical run and a live roadshow tour presented by Smith himself.

Home video extras include the film’s trailer, deleted scenes, and a commentary by Smith, O’Halloran, Anderson, Fehrman and Zajur.

Extras exclusive to the Blu-ray will be the featurettes “The Clerks III Documentary” and “We’re Not Even Supposed to Be Here Today: 3 Decades of Clerks.“

The Blu-ray will also include access to a digital copy.