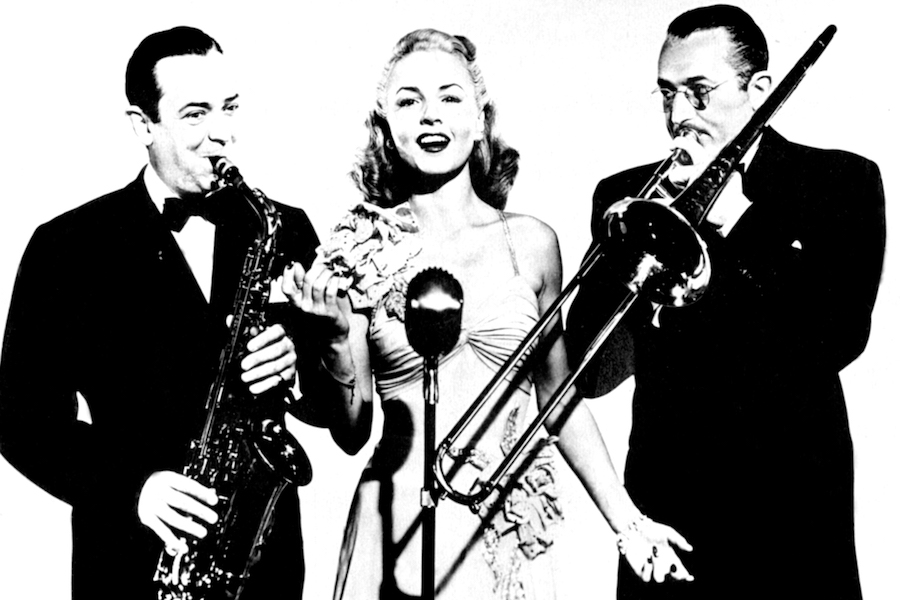 The Fabulous Dorseys (1947), starring  jazz giants Jimmy and Tommy Dorsey, will be released on special-edition Blu-ray and DVD Dec. 14 from Cinedigm and The Film Detective (TFD), the classic film restoration and streaming company. 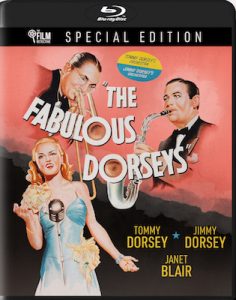 The Dorsey Brothers portray themselves in the musical biography, following Tommy and Jimmy from their upbringing in Pennsylvania to their great successes in the music business. Director Alfred E. Green (The Jolson Story) uses the film as a showcase for the tunes that charmed a generation, including “I’m Getting Sentimental Over You” and “Tangerine.”

Janet Blair (My Sister Eileen) appears with the Dorseys, while jazz buffs will enjoy cameos by Paul Whiteman, Helen O’Connell and other stars of the day. The film’s highlight is a jam session featuring the Dorseys and piano legend Art Tatum.

The Fabulous Dorseys special-edition release comes with a new restoration of the film, featuring a 4K transfer from archival film elements.

Special features include a full commentary track by author Jennifer Churchill; The Fabulous Forties: Big Bands on Screen, a new documentary from Ballyhoo Motion Pictures; and “The Dorseys in Film,” an original insert essay by author Don Stradley.