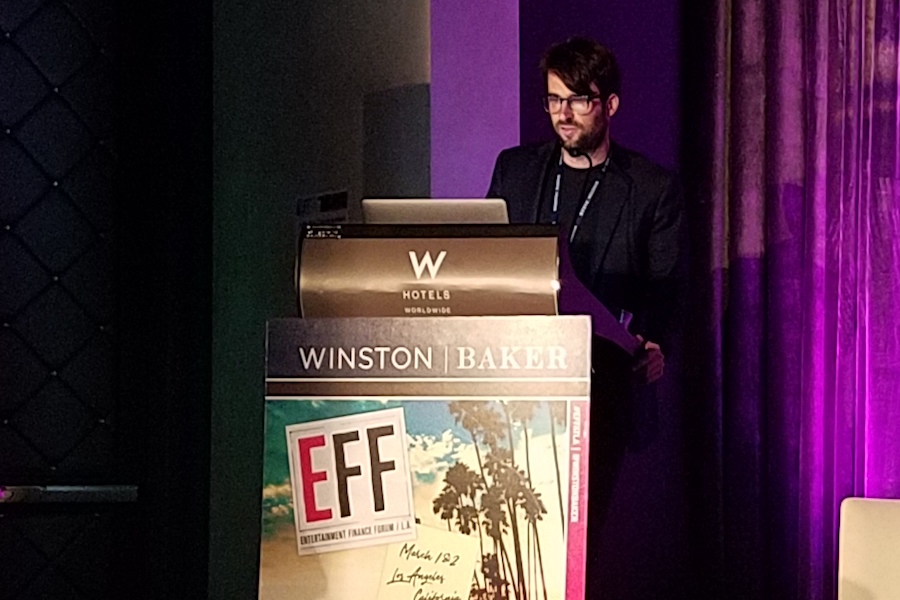 Tobias Queisser, co-founder and CEO of Cinelytic, speaks at the March EFF conference.

“The deal will enable Cinelytic to further advance its leading role in AI driven decision support for the entertainment industry,” according to a company press release.

Cinelytic combines artificial intelligence and cloud-based technologies to enable entertainment industry professionals to make faster, and better-informed, decisions throughout the content value chain by providing comprehensive data, predictive analytics and project management tools in an integrated online platform, according to the release.

“We are witnessing a seismic shift in the entertainment industry: while rapid technological advances have disrupted the traditional entertainment industry, they have also created huge opportunities,” said Tobias Queisser, co-founder and CEO of Cinelytic, in a statement. “By using the latest in machine learning, and cloud-based technology, we are able to provide the entertainment industry with game-changing insights in real-time. This investment enables us to expand Cinelytic’s platform for Film, TV and explore further cross verticals. We are delighted to have partnered with T&B Media Global who share and support our vision.”

“Companies in industries across the world have to begin with a data driven approach,” said Dr. Jwanwat Ahriyavraromp, CEO of T&B Media Global, in a statement. “Understanding the pros and cons of all scenarios should be foundational to any enterprise, and the same applies to entertainment. Cinelytic aggregates massive amounts of entertainment-based data and uses AI to provide invaluable analysis of potential returns for storytellers. It is a tool that will revolutionize how stories get told and launched into the market. We are very pleased to help be a part of this future-forward solution.”