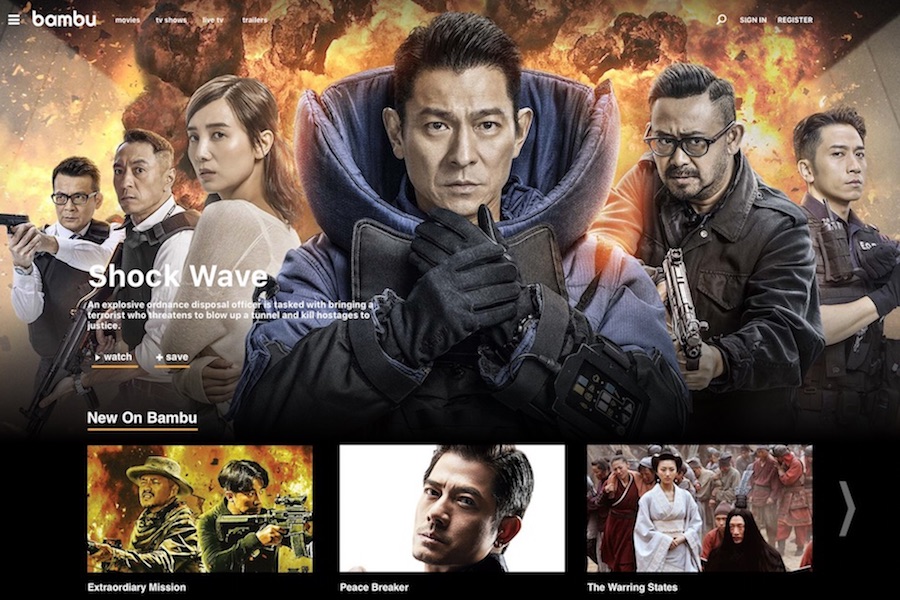 Cinedigm announced it will launch Bambu, its Chinese content entertainment channel, in the first quarter of 2019, unveiling the channel’s logo.

Bambu will be available as both a free, ad-supported service and an ad-free subscription-based service providing content for $3.99 a month.

“While the network will appeal to Americans of all ages, Bambu’s primary focus is on Gen Z viewers ages 16-24, and Millennial viewers ages 25-35,” according to the Cinedigm announcement. “These ‘digital natives’ have been exposed to global culture from an early age, and hunger to stay at the forefront to discover the latest global trends — as evidenced by the unparalleled rise of Anime and K-Pop in North America in recent years.”

These viewers represent more than 27 percent of the U.S. population, according to Cinedigm, and Bambu aims to provide Chinese entertainment previously unavailable to American audiences.

The company billed the site as “the only complete Chinese entertainment platform in the United States.”

Cinedigm will provide content for Bambu from licensor partners, as well as from Chinese licensors and distributors, according to the announcement. Content will potentially include hundreds of hours of first-run television programs, made available through Cinedigm’s partnership with state-run broadcaster Central China Television and others, the company announced. Select titles include the bomb squad thriller Shock Wave, starring Andy Lau; the sci-fi epic Kung Fu Traveler; and Donnie Yen and Chow Yun-Fat in the 2016 fable The Monkey King: Havoc in Heaven’s Palace. Bambu will also feature such series as the most watched show in Chinese TV history “Journey to the West”; “Nirvana in Fire”; the thriller “Lost in Translation”; the popular food/cooking documentary series “A Bite of China”; the fantasy crime show “The Four”; and new shows such as “The Advisors Alliance” and “Diamond Lover.”

“Young Americans are incredibly culturally savvy, and proudly receptive to the latest global trends,” said Erick Opeka, Cinedigm’s president of digital networks, in a statement. “Bambu allows these modern tastemakers to stay at the cultural forefront, introducing them to a roster of new series and up-and-coming artists that they can discover and show their friends. It also presents tremendous potential for substantial marketing opportunities, opening up China’s prolific and profitable content industry to a massive American audience. This is phase one in what we envision as a fruitful partnership between the United States and China, enriching both cultures by providing them with the absolute best in Chinese and American entertainment, respectively.”

“Bambu is another very important step in our bilateral content distribution strategy for China and North America,” said Bill Sondheim, president of Cinedigm Entertainment Group, in a statement. “We have made tremendous progress in that regard over the last year with the key Bison, Starrise and Youku agreements, as well as many other important content and distribution deals with key Chinese media companies either announced or in final stages. Bambu is the perfect vehicle to expose undiscovered quality film and TV content to North American audiences and provide vital feedback to Chinese producers, which should help them create Chinese content with the potential to be much more successful abroad.”

Bambu is “an important vehicle to provide immediate and invaluable” audience feedback to Chinese producers working to produce films and television for a global audience, according to Cinedigm, and the consumer data should help better inform the development process in China about the categories of entertainment content, stories and characters that appeal most to an American and eventually a global audience.