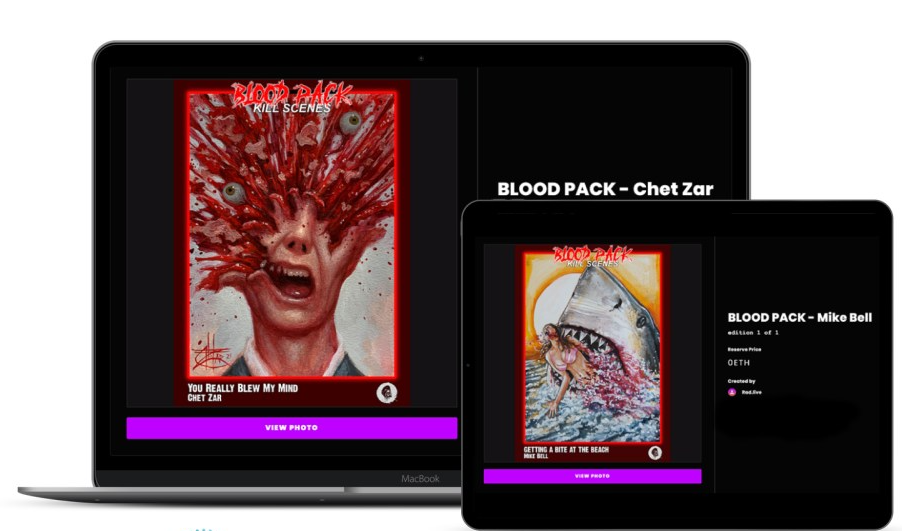 The first 13 cards, which will utilize a distinctive horror and gore aesthetic, constitute the Gallery Edition of the “Kill Scenes” series. In celebration of Halloween, for the 6 Nights, 6 Hours and 6 minutes prior to Oct. 31 night, the collectible NFTs will be sold on an online auction.

The Non-Fungible Tokens (NFT) movement has seen an increase in media interest. The tokens are unique digital files that are stored on the Ethereum blockchain, which allows the verification, ownership and provenance of these digital files to third parties.

Cinedigm is also offering new subscribers to the subscription-based service Screambox a trading card from the Standard Edition series. New subs will receive one art-based NFT collectible trading card that has been specifically designed to generate a limited number of random unique variations.

New subscribers to Screambox during the Halloween promotion receive a URL for the NFT marketplace where they will be able to redeem their card.

“The acquisition of Bloody Disgusting and Screambox has placed us in a unique position to enter the market for horror-based entertainment as well as horror collectibles,” Tony Huidor, chief technology and product officer at Cinedigm, said in a statement.

“Being a horror fan goes hand in hand with collecting,” added Tom Owen, co-founder of Bloody Disgusting. “We’re rabid collectors of all things horror, and NFTs are an exciting new space with endless possibilities.”