Cinedigm is going global upping its ad-supported VOD presence in the United States. 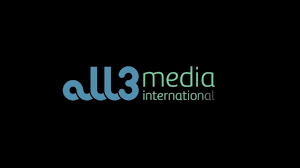 Cinedigm will distribute the AVOD services, managing, operating and curating the programming, and working jointly with all3media International in marketing

The programming slate includes “So … Dramatic” and the reality-themed series “So … Real.” Both networks are scheduled to begin rolling out in the first quarter of this year.

“So … Dramatic” showcases content from all3media International’s library of dramas, targeted at men and women 25 years of age and older. The channel will feature a diverse lineup headlined by scripted shows from the U.K. and Australasia.

“So … Real” focuses on documentaries, including “The Only Way Is Essex,” showcasing a viewing experience that is touted as “funny, edgy, warm, and touching.” While the channel’s core audience is women 18-35, “So … Real” will also offer programming suitable for both women and men aged 35 and over.

“We pride ourselves on building networks that offer something for everyone to enjoy,” Erick Opeka, president of Cinedigm Digital Networks, said in a statement.

Opeka said the new AVOD channels serve as “perfect” complements to Cinedigm’s roster of digital networks, which include Dove Channel, CONtv, Docurama, Bambu and others.

“We look forward to building upon the tremendous success that all3media international’s properties have achieved, as we bring their premium programming to the U.S.,” Opeka said.