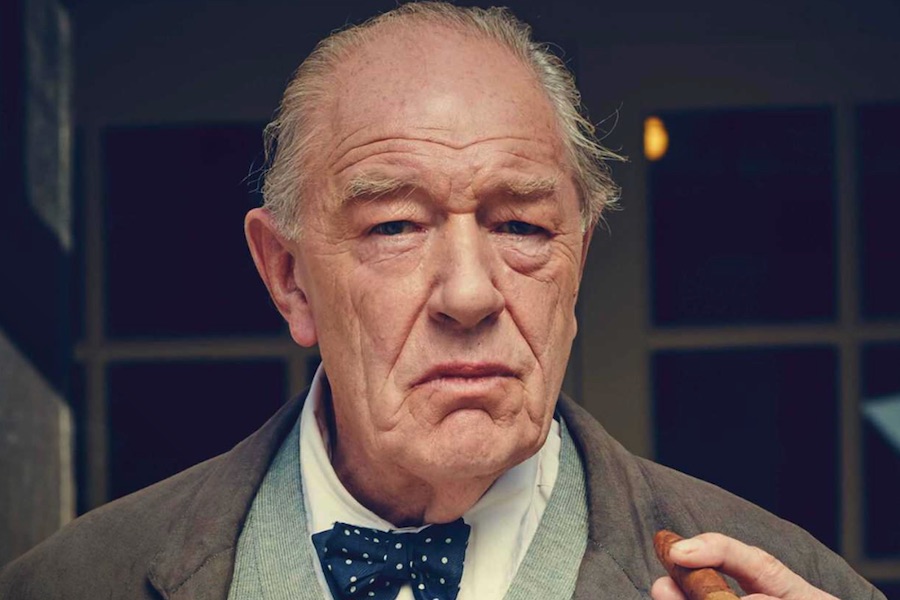 The drama Masterpiece: Churchill’s Secret, about the little-known life-threatening stroke Churchill suffered during the summer of 1953, debuts March 11. The film stars Sir Michael Gambon (“Harry Potter”, Emma), Romola Garai (The Miniaturist, Atonement) and Matthew Macfadyen (“Succession”). During his second term as Prime Minister, Churchill (Gambon) suffers a stroke, which his inner circle conspired to hide from the public. The film charts the course of Winston’s remarkable recovery and investigates the strain that his great public service wrought upon his private life. Told from the point of view of his family, his doctor, the men he championed and his young nurse (Garai), Churchill’s Secret follows the great man’s extraordinary battle to recover, casting an honest light on the tensions within his brilliant and dysfunctional family.

Season seven of the “Walter Presents” Danish drama “Seaside Hotel” debuts March 12. It is now the summer of 1940 and the hotel opens for a new season. Denmark has been invaded by the Germans and the previous years’ guests flee to the beach-side hotel to get some respite from the German occupation. It has been a year since Amanda and Philip have taken over the ownership of the hotel, and they are looking forward to welcoming the guests back for a new cheerful and pleasant summer season. However, the occupying forces have also discovered the cozy hotel and the guests and staff alike realize that even out on the dune range, they cannot hide from the war. They are faced with the uncomfortable choice of whether to cooperate with the Germans’ demands or say no, risking Amanda’s first season as hotel owner, possibly making it her last.

The “Walter Presents” Norwegian crime thriller series “Witch Hunt” is due March 5. In the series, Ida Waage is working as the CFO at a prestigious law firm. One day, she spots a suspicious invoice and traces it back to a money laundering operation linked to the firm’s biggest client, Peer Eggen. After alerting her executive board, she is shocked when they turn on her, and look to discredit her. With her job and credibility threatened, Ida continues to seek justice and alerts the police. Investigator Eirik Bråten discovers that the invoice is a cover-up for a larger scandal that involves various transactions between Eggen and the husband of Norway’s Minister of Justice. When journalist Aida Salim takes this bombshell news public, Ida’s firm retaliates further, with vicious stories designed to ruin her career. After the Minister dies suddenly in a crash, Eirik and Aida join forces to hunt for evidence, assuming Eggen to be behind the accident, while Ida pursues her employers in court. However, Ida ultimately realizes that her determination to fight back and do the right thing is putting herself, and everyone she loves, in grave danger.

The “Walter Presents” German crime thriller “Dresden Detectives” debuts March 26. It follows a pair of female detectives with their fingers on the pulse of crime, who are as different and unpredictable as the cases they solve — from online dating and the live murder of a social media influencer to a public witch hunt for pedophiles — the cases they solve are complex and contemporary. The tension between the two women, which stems from their different backgrounds and investigative styles, drives cases forward and pushes them to their limits both privately and professionally.