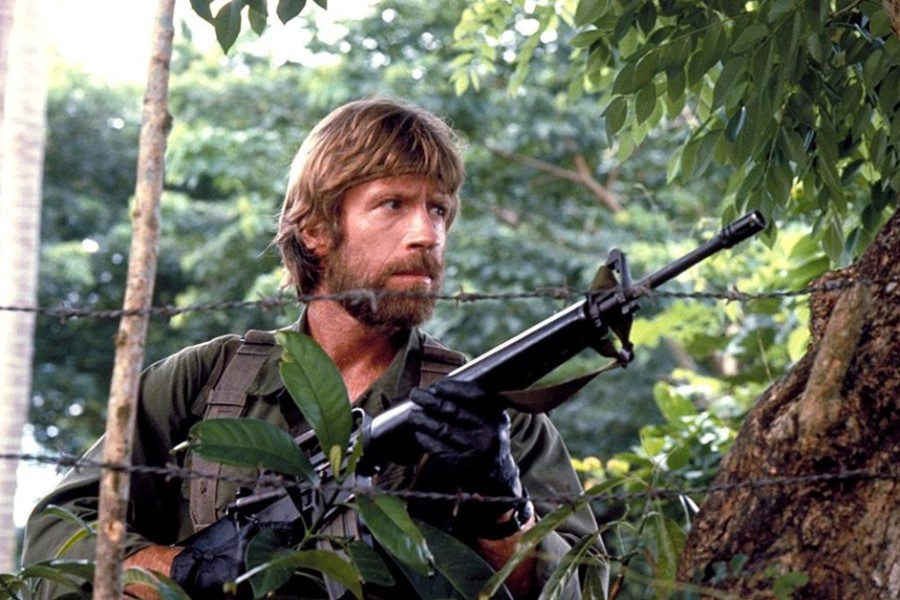 Chuck Norris in the original Missing in Action.

Kino Lorber in January 2023 will release to home audiences all three of Chuck Norris’ classic “Missing in Action” movies from the 1980s.

In the original film, following a daring escape from a Vietnamese POW camp, Special Forces Col. James Braddock (Norris) is on a mission to locate and save remaining MIAs. Aided by a beautiful State Department official (Lenore Kasdorf) and a former Army buddy (M. Emmet Walsh), Braddock amasses top-secret information and state-of-the-art weaponry. Missing in Action was directed by Joseph Zito and costars James Hong and David Tress.

In Missing in Action 2: The Beginning, Braddock and his men are captured during a daring mid-air rescue operation and imprisoned in the jungle by the insane Col. Yin (Soon-Tek Oh), who stops at nothing to break their spirits. But Braddock seizes the opportunity to spring into action, determined on freeing his men at any cost. Missing in Action 2 was directed by Lance Hool costars Steven Williams and Professor Toru Tanaka.

Braddock: Missing in Action III is set several years after the second film. When Braddock is told that his wife and 12-year-old son are still alive in Communist Vietnam, he mounts a one-man assault to free them. Armed with the latest high-tech firepower, Braddock ends up battling his way out with several dozen abused children in tow. The final film in the franchise was directed by Norris’ stunt coordinator and brother, Aaron Norris.

All three films make their Blu-ray Disc appearance from a brand-new HD master from a 4K scan of the original 35mm camera negative and feature new audio commentaries.