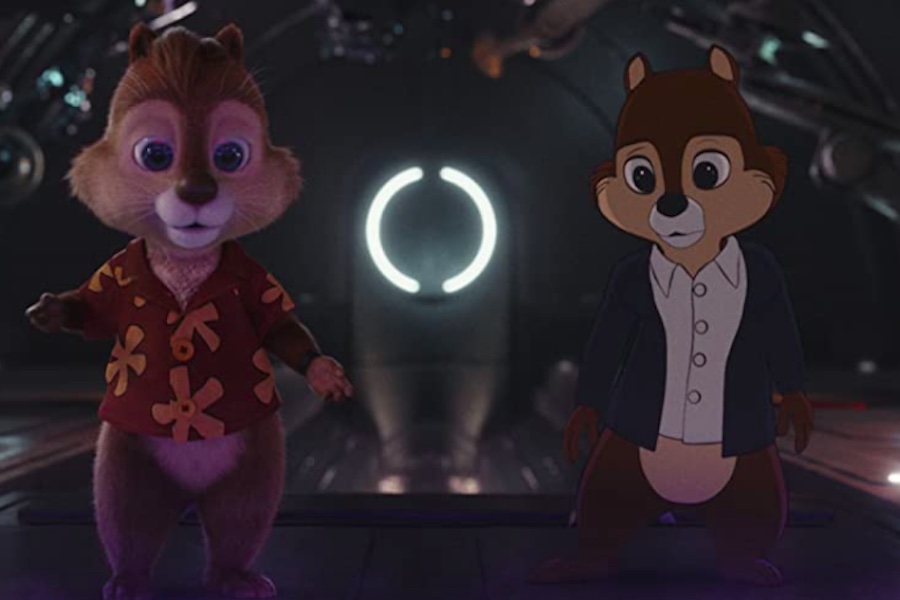 Chip ’n Dale: Rescue Rangers, which started streaming on Disney+ May 20, is a live-action and animated comedy featuring the voices of John Mulaney and Andy Samberg as the famous chipmunks.

Rising from No. 2 to the top spot on the streaming originals chart, Netflix’s reality competition series “The Circle” features contestants who compete in challenges to earn a cash prize as top influencer. Season four started streaming May 4 in weekly episodes.

Remaining at No. 2 on the streaming movies chart was Netflix’s Senior Year, which debuted May 13. The comedy stars Rebel Wilson as a cheerleader who lands in a 20-year coma after a stunt gone wrong. Awakened at 37, she’s ready to live out her high school dream of becoming prom queen.

Landing at No. 3 on the streaming movies chart was The Lost City, an action-adventure starring Channing Tatum and Sandra Bullock that hit Paramount+ May 10. It follows a reclusive romance novelist on a book tour with her cover model who gets swept up in a kidnapping attempt that lands them both in a cutthroat jungle adventure.

Coming in at No. 2 on the streaming originals chart was Netflix’s “Love, Death & Robots,” an adult animated anthology series. A third set of episodes started streaming May 20.

Dropping from the top spot to No. 3 on the streaming originals chart was Netflix’s “Ozark,” a crime drama that follows the exploits of a money laundering couple. Part two of season four started streaming April 29.

Top Streaming Originals Among U.S. Consumers for the Week Ended May 22: