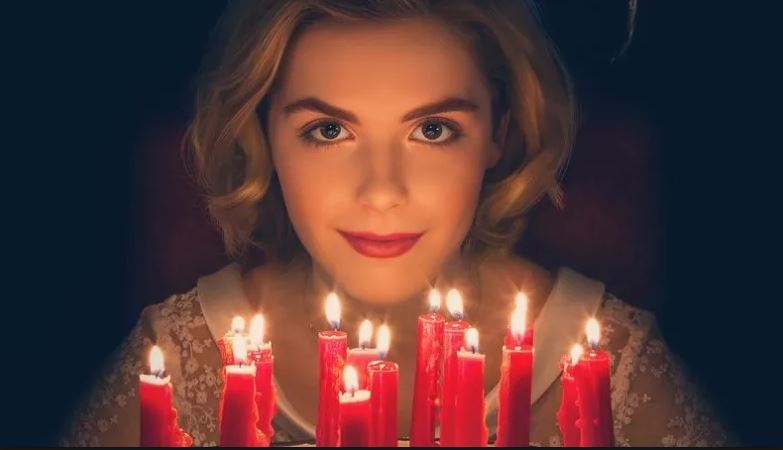 New to the digital originals chart for the week ended Oct. 6 is Netflix’s “Chilling Adventures Of Sabrina,” with a 370% increase in Demand Expressions compared to the previous week, according to Parrot Analytics.

The Roberto Aguirre-Sacasa supernatural series does not premiere until Oct. 26, but interest in the show is already strong after its surprise trailer at New York Comic Con – enough to push the show into the Top 10, with a No. 9 debut and 3.7 million Demand Expressions. The series is a darker take on the characters and setting of “Sabrina the Teenage Witch” and shared the same creator as the CW series “Riverdale.”

Netflix’s “Stranger Things” remains No.1 on the digital originals chart for the third consecutive week, despite a 5.5% drop in demand,

Fan engagement is also keeping demand for “Marvel’s Daredevil” high: With a spike in demand of nearly 11%, the show has moved from No. 6 to No. 2 in the wake of fan excitement over the full trailer released for season 3 on Oct. The superhero series will debut exclusively on Netflix on Oct. 19.

Hulu’s “The Handmaid’s Tale” moved up to No. 3 from No. 5 the prior week even though demand was relatively flat, while the No. 4 spot went to “Bojack Horseman,” which slipped from No. 2 after a nearly 16% drop in demand.

Rounding out the top five was “Orange is the New Black,” up from No. 7, with a nearly 7% bump in demand.

“Ozark,” the dark drama about a family forced to move its money-laundering operation to a resort in the Ozark mountains to placate a violent drug cartel, slipped to No. 6 from No. 4 the previous week, with a nearly 14% decline in the number of Demand Expressions. “Ozark” launched its second season on Aug. 31. 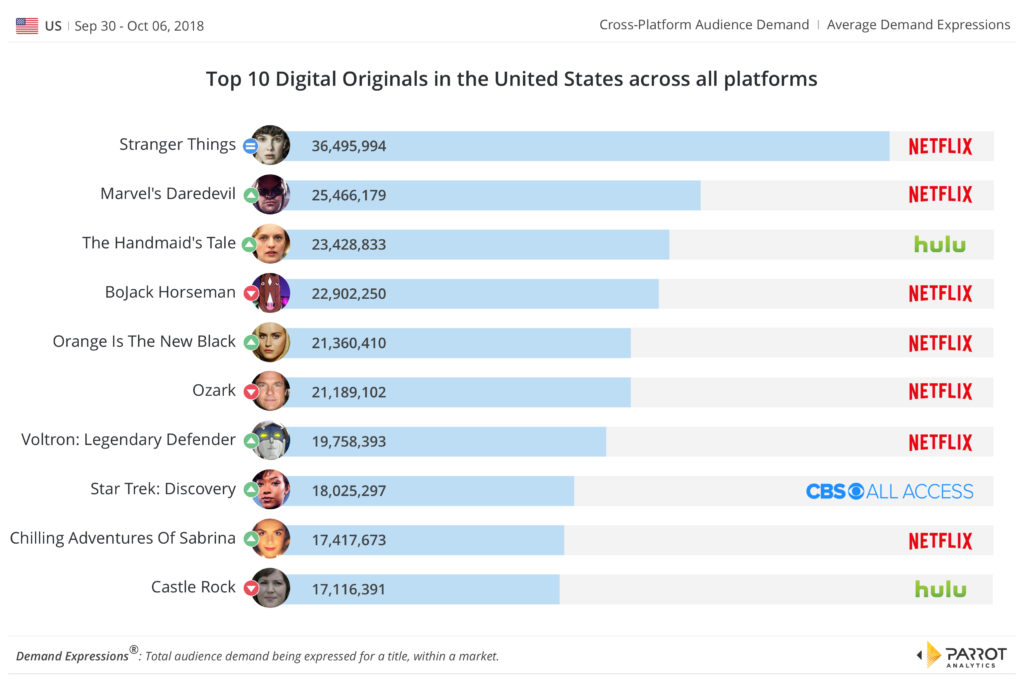