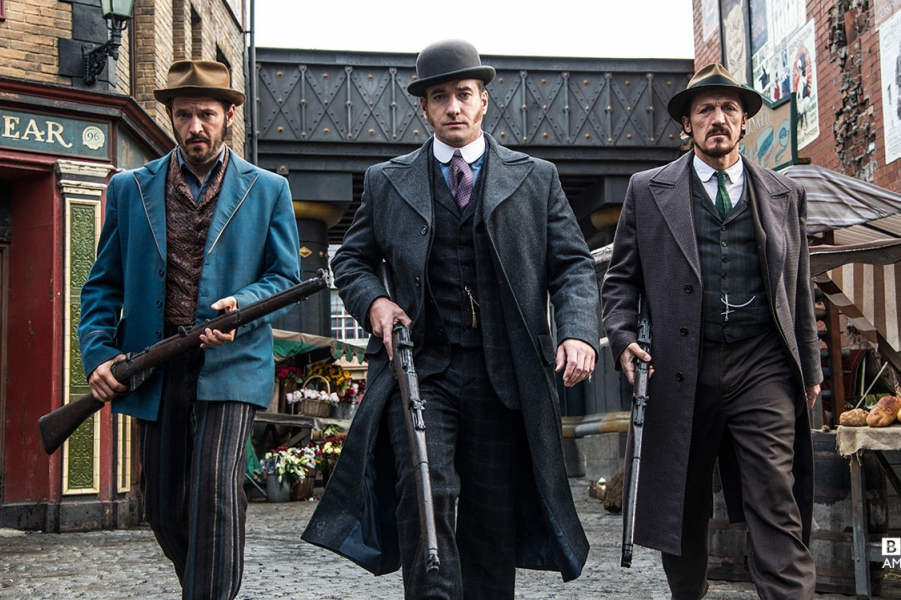 Crackle Plus, also a Chicken Soup for the Soul Entertainment company, is one of the largest operators of streaming advertising-supported video-on-demand networks. This announcement comes on the heels of another deal between the two companies that saw the exclusive rights to the series “Sherlock” go to Crackle Plus.

More than 300 hours of content will be available to viewers for free on various Crackle Plus streaming services beginning in April. This includes mystery series “Ripper Street,” starring Matthew MacFadyen (“Succession”), several seasons of which will be streaming only on Crackle Plus. In addition, A Life in Ten Pictures will have its exclusive U.S. premiere in June on Crackle Plus.
Subscribe HERE to the FREE Media Play News Daily Newsletter!
The deal will also include all seasons of BAFTA award-winning series “Happy Valley,” starring BAFTA award-winning actress Sarah Lancashire and SAG award-winning actress Siobhan Finneran; the crime mini-series “From Darkness,” starring BAFTA award-winning actress Anne-Marie Duff and Johnny Harris; and the first five seasons of the long running crime series “Silent Witness,” originally starring Amanda Burton.
In addition, the 2014-16 action/drama series “The Musketeers,” and drama series “The Coroner,” created by Sally Abbott, who wrote on “EastEnders,” will be available to audiences as part of the agreement.

“The BBC has been producing highly sought-after content for years and we expect this content to perform exceptionally well on our streaming services,” William J. Rouhana, CEO of Chicken Soup for the Soul Entertainment, said in a statement. “The long-term nature of this agreement enables us to plan ahead to maximize the value of the content to our viewers as well as our advertisers, the BBC, and us.”

“With the Benedict Cumberbatch series ‘Sherlock,’ the BBC’s extensive catalog of quality series and movies, and brand-new titles that have yet to be released, this agreement provides Chicken Soup for the Soul with a wide array of unique and high-quality content,” said David Fannon, president of Screen Media.

Screen Media is the exclusive supplier of original content to Crackle+ streaming services. Recent titles from Screen Media that have premiered on Crackle include the Crackle Originals “Vince Carter: Legacy,” “Playing With Power” and “Insomnia,” as well as the exclusives “The Mercy,” starring Colin Firth and Rachel Weisz, Tom Hardy-led Taboo, international thriller series “The Platform,” and disaster film Skyfire, starring Jason Isaacs.