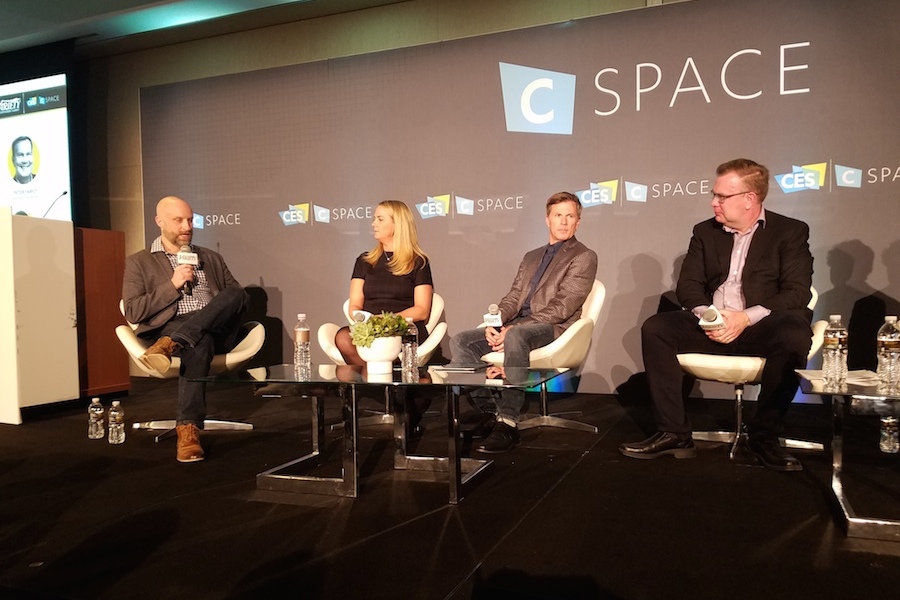 LAS VEGAS — Speakers discussed the variety and expansion of online services, as well as strategies to cut through the content clutter and engage the online entertainment consumer during the panel “Into the Zeitgeist — The Direct-to-Consumer Entertainment Economy” at CES Jan. 9.

The panel took place at the Variety Entertainment Summit during the Las Vegas show.

The advent of pending services from the Walt Disney Co., WarnerMedia and Apple “certainly makes our lives more interesting,” said Hulu’s Kelly Campbell, adding the question is if they can scale quickly.

Farhad Massoudi, of the AVOD service Tubi, said there was a limit to what average consumers will spend on subscription services and that it was “ludicrous” that average income folks would subscribe to a growing smattering of subscription video-on-demand services. That’s where ad-supported platforms such as Tubi, which sports a movie and TV library much bigger than Netflix, come in, he said.

“Most SVOD services are going to struggle,” he said.

“We’re really agnostic as to what people are consuming and where,” he said.

In fact, they successfully distribute Amazon’s “The Handmaid’s Tale” and would love to have a transactional offering of Netflix’s hit Bird Box.

“We do hope all of the studios, Netflix included, allow us to monetize those products,” he said. “There’s no reason that movie content that starts in the digital space can’t find a home on transactional.”

Whatever the distribution model, engaging the consumer is key, panelists said.

Another way to attract consumers is by offering products that serve their needs.

“The [transactional] space is growing about 10% each year, and we are tripling that growth,” he said.

The service also attracts consumers with superior content quality, such as 4K UHD titles and — through a deal just announced — Imax content.

YouTube’s Neil Mohan said the online behemoth, which adds 400 hours of content a minute every single day, serves its viewers with recommendations that cater to them.

“The recommendations that we give to you should really speak to you,” he said.

The content itself should also engage consumers, said Conde Nast Entertainment’s Oren Katzeff. His company, which he said has some of the most binged shows on Netflix, creates content in a way that makes viewers want to watch more episodes.

He said engaging consumers also requires looking at data to see not just what they want, but when they want it and how they want it.

“From a creation standpoint, how do you create content that people not only want to watch [but to comment on and engage with further],” he said.