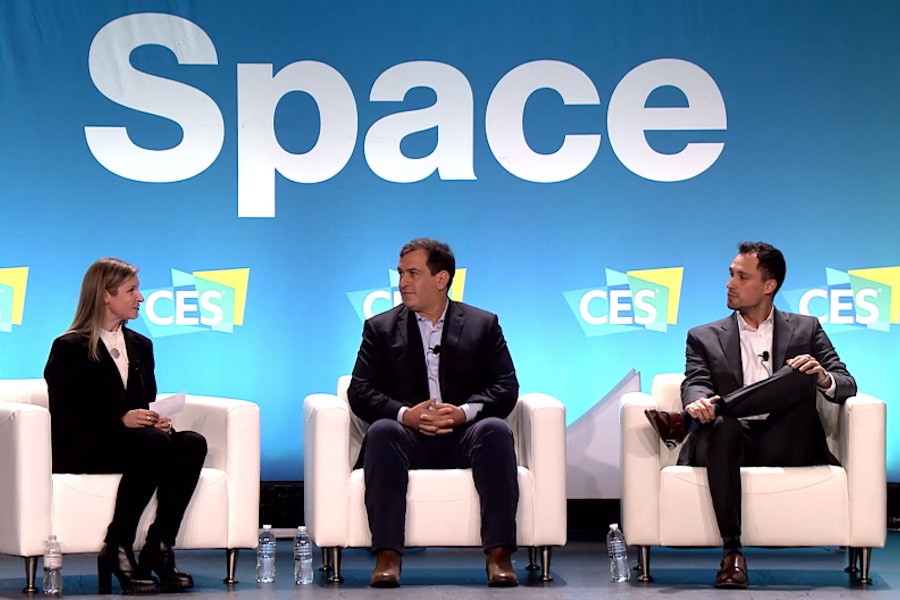 Some of the hot terms at CES 2022 are crypto, blockchain and NFTs (non-fungible tokens or one-of-a-kind digital assets).

In the entertainment space, NFTs are digital collectibles stored on a blockchain that can be everything from artwork to GIFs to social experiences to video content such as movies.

Speakers Jan. 5 on the “Creator Economy in the Context of Crypto” panel at CES discussed the opportunities in the space.

“We’re also looking at launching TV shows this way,” he said, noting the upcoming launch of “Krapopolis,” created by Dan Harmon (“Rick and Morty”), will be the first ever animated series curated entirely on the blockchain. The series will have a dedicated marketplace that will curate and sell digital goods, ranging from NFTs of one-of-a-kind character and background art and GIFs to tokens that provide exclusive social experiences to engage and reward superfans.

Also on the panel was Scott Zanghellini, head of new revenue at WWE, which has partnered with Blockchain Creative Labs. Last April, WWE launched its first NFT with drops (releases of unique digital products) around its star The Undertaker. WWE followed up this summer with a drop for star John Cena. He noted that the WWE knows what its fans like via engagement at events, on social media, on YouTube and at other contact points.

“In terms of … putting out NFTs, we also know what the fan wants,” he said.

Zanghellini said the WWE is looking to use its talent, its “super sauce,” to educate consumers who may not be as sophisticated or familiar with NFTs as early adopters.

“We can have the superstars of WWE explain to their fans, the way John Madden explained football … how to buy an NFT, how to engage, why it’s a value,” Greenberg added.

Blockchain Creative Labs is looking at a wide range of distribution models.

“We think there’s a huge opportunity for television shows and movies to be financed and distributed using Web 3 and the blockchain,” he said.