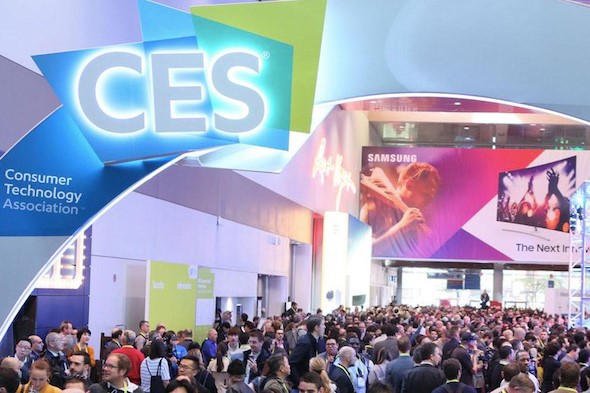 More than 4,000 companies have arrived in Las Vegas for CES 2018, the world’s largest tech show, with many hoping to improve the home entertainment experience.

With research firm Gartner predicting that, by 2019, at least 25% of households in developed economies would rely on digital assistants, competition to help people more easily consume anything from pizza to a movie from the comfort of the sofa has become fierce.

“Innovations such as voice control have increased consumer interest in solutions that enhance the entertainment experience,” said Elizabeth Parks, SVP at Parks Associates.

Google, for example, is coming to CES hoping to up its 25% market share of the smart speaker market, according to Strategy Analytics. Amazon Echo currently commands a 67% market share.

Both companies (and Apple) sell digital movies and TV shows, including 2014 sci-fi hit Ex Machina. Seems natural to order the Oscar-winner by voice-command.

“You should have the same assistant helping you across all the contexts of your life,” Scott Huffman, VP for Google Assistant, told The Washington Post, whose founder/CEO Jeff Bezos owns Amazon.

But what good is virtual assistance if you can’t live forever, looking like George Clooney?

Netflix has a solution, showcasing the pending original series “Altered Carbon,” which launches globally Feb. 2. The streaming giant “partnered” with PsychaSec, the fictional company whose tech underscores the cyberpunk sci-fi series about technological advances that allow one to extend life indefinitely – without arguably selling your soul to the Devil, a.k.a., “The Picture of Dorian Gray.”

“Consumers will love the benefits of … having more affordable options – using their voice, having a simplified set up and Wi-Fi connectivity, and holding just one remote control,” said Roku founder/CEO Anthony Wood.

Even smarter: The sofa tracks how long you’ve been a couch potato, while monitoring the effects on your body’s posture.