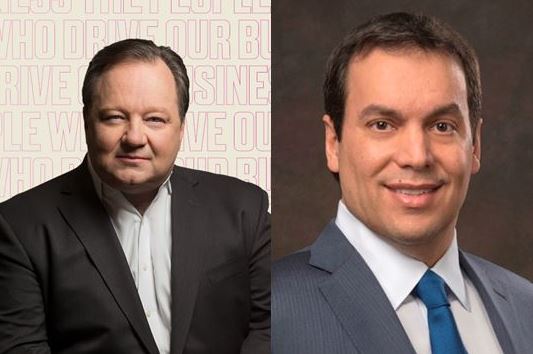 “[That’s] not something people have talked about a lot [regarding the merger],” he said.  “You unite those two together and you really have a D-to-C ecosystem. Very compelling, both with substantial — millions of users.”

When asked whether ViacomCBS could successfully match Disney, Netflix or WarnerMedia, Bakish said scale could be viewed subjectively.

“Between the studios that we operate, Paramount, CBS Television Studios, Nickelodeon Animation and Viacom International Studios, we have 750 series ordered or in production. There is true content scale here,” he said.

“There’s no question the companies are stronger together than they were independently. And, you know, we’re going to start executing with that.”

The executive defended the companies’ downward revised cost savings from $1 billion to $500 million.

“This is excluding programming, excluding marketing, excluding revenue. So, there’s a very material opportunity. And as we get into it we’ll move forward and begin to realize that [cost saving],” Bakish said.

The initial pushback on the deal from former CEO Les Moonves disappeared following  the executive’s ouster due to #MeToo allegations.

Bakish contends the cultures at Viacom and CBS have a lot in common — with both companies focused the content creation and distribution.

With Moonves out, former CFO Joe Ianniello has held the acting CEO position. Following closure of the merger, he will become CEO of CBS, reporting to Bakish.

Ianniello reportedly has a clause in his employment contract paying him $70 million severance should he not retain the top executive job.

“I’ve known Joe Ianniello for 20 years,” Bakish said. “I have tremendous respect for what he’s done at CBS. He’s clearly a world class executive. He and I have spoken a lot in the days leading up to yesterday. And including yesterday. And there is a tremendous interest, joint interest, in unlocking the value of these combined companies.”

“We need someone to run those assets,” he said. That’s a big complicated business. He is ideally suited to do it because he has, you know, 20 years of knowledge in that space and a real passion for it. At the same time, he knows that we have to create value from these assets. We are going to have to work across the company. He’s 100% committed to it and I can’t wait to get on with it with him.”