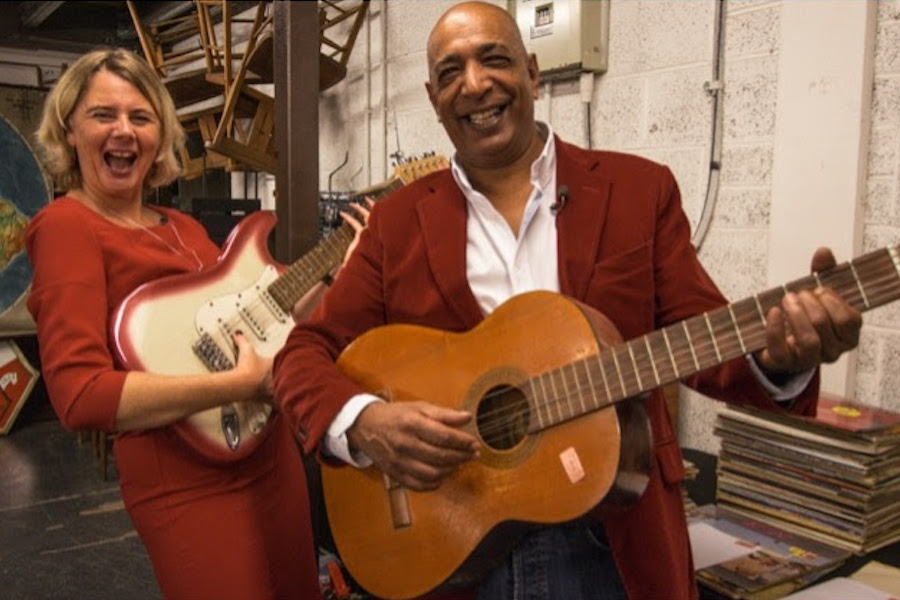 In 100 episodes (five seasons) of “Celebrity Antiques Road Trip,” two celebrities take to the road in a classic car on a tour through a different part of Great Britain. With antiques experts by their sides, they search the local stores for hidden treasures, competing to see who will make the most when they bring their items to auction. Their adventures take them off the beaten path and allow them to learn about the little-known stories behind some of the greatest events in British history. Featuring Phyllis Logan (“Downton Abbey”), Diana Rigg (“All Creatures Great and Small,” “Game of Thrones”), Jennifer Saunders (“Absolutely Fabulous”), Charles Dance (“The Crown,” “Game of Thrones”) and many others.

In 110 episodes of “Antiques Road Trip,” two experts hit the road in a classic car for a tour through Great Britain to search the local stores for antiques and collectibles of all kinds, competing to see whose finds will make the biggest small fortune at auction. Their off-the-beaten path adventures take them to locales where they can also lose themselves in items from the past, while learning the little-known stories behind some of the greatest events in British history. Intriguing finds include rare shoe buckles, Cantonese jardinières, an antique pond yacht, a Scottish sporran, a rare stool that may have been a seat for a royal derriere, and more.