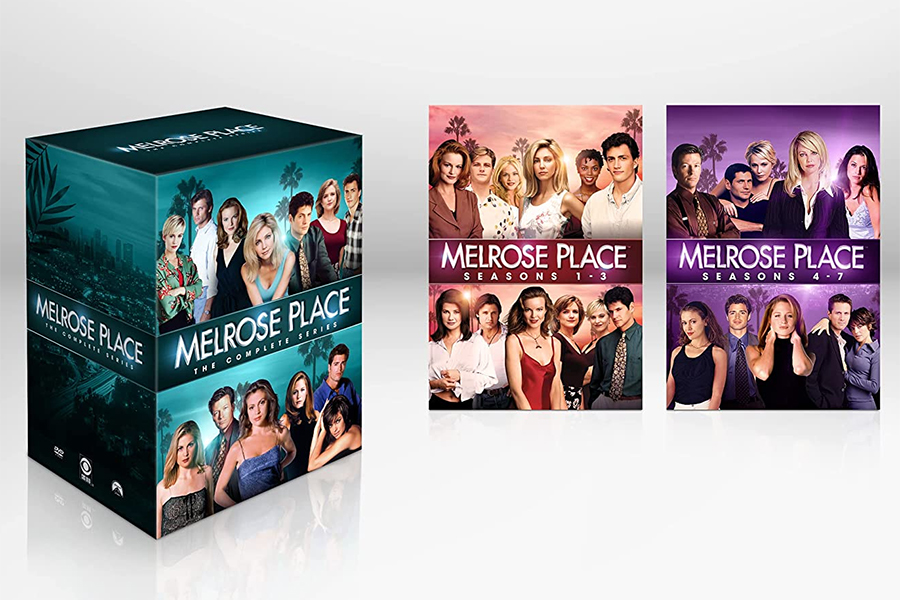 Melrose Place: The Complete Series arrives as a 54-disc collection including all 226 episodes from the 1992-99 run of the Fox primetime soap set in the “90210” universe. The drama from producer Aaron Spelling focuses on the lives and loves of young adults in an apartment complex in Los Angeles, from the complicated scheming of scandals to the murderous plots of lovers.

Walker: Season Two arrives as a five-disc collection with all 20 episodes from the latest season of the “Walker, Texas Ranger” remake starring Jared Padalecki. The latest season kicks off when a family from Walker’s childhood returns, bringing up old memories and trauma. As Walker tries to reconcile the relationship between the two families, they encounter a decision that puts them both in a troubling situation. The DVD includes deleted scenes and a gag reel.

From Showtime comes a Dexter: The Complete Series + New Blood megaset that includes all 96 episodes from the original 2006-13 series, and 10-episodes from the 2021-22 revival limited series, on DVD and Blu-ray Disc. As a Miami forensics expert, Dexter Morgan (Michael C. Hall) spends his days solving crimes, and nights committing them. As a serial killer who hunts criminals, Dexter lives by a strict code of honor that is both his saving grace and lifelong burden. Torn between his deadly compulsion and his desire for true happiness, Dexter is a man in profound conflict with the world and himself.

Finally, Oct. 4 sees the arrival of The Twilight Zone (Reboot): The Complete Series as a seven-DVD set. Hosted by Jordan Peele, the 2019-20 CBS All Access (now Paramount+) series provides a modern take on the classic anthology created by Rod Sterling.