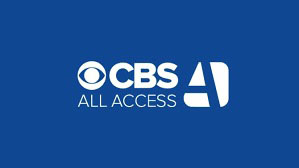 Speaking Feb. 15, Moonves reiterated the CBS’ push into direct-to-consumer distribution through a mixture of ad-supported and subscription-based streaming services.

He said the company is readying two additional OTT video platforms, dubbed “CBS Sports HQ” and “Entertainment Tonight”— the former launching this month prior to March Madness. The “ET” platform will launch in the Fall.

“We believe we can build a significant audience by launching an ad-supported free service with full mobile and on-demand capabilities,” Moonves said.

When asked about the impact Amazon Channels has on All Access and Showtime OTT sub growth, CFO Joe Ianniello reiterated that Amazon’s third-party OTT marketplace for Prime members has had more of an impact building Showtime subs than All Access, which bowed on All Access in January.

“[Amazon] are fantastic marketers. They are able to drive sub growth … and we see lower churn, because consumers are used to that proposition,” Inniello said, adding Amazon also shares user data among the services.

Meanwhile, CBS, which produces 64 TV shows for myriad buyers ranging from TV networks to SVOD to mobile, just inked a multiyear deal with Amazon to license “The Good Fight” in Europe, Asia and Latin America.

“It’s a new opportunity to take new content launched [domestically] on All Access and license it internationally,” Moonves said.

When asked about Netflix signing Ryan Murphy, producer of “American Horror Story,” and “Glee,” among other projects, Moonves said the decision made sense considering the “hundreds of millions” offered the famed showrunner.

“Ryan Murphy is an extraordinary talent. He had to take [the deal],” Moonves said, adding that producer Chuck Lorre (“Two and a Half Men”) has three shows on CBS and two on Netflix.

“We have a lot of the talent. The landscape does change, but we find new talent and we also continue to be in business with the best talent,” he said.