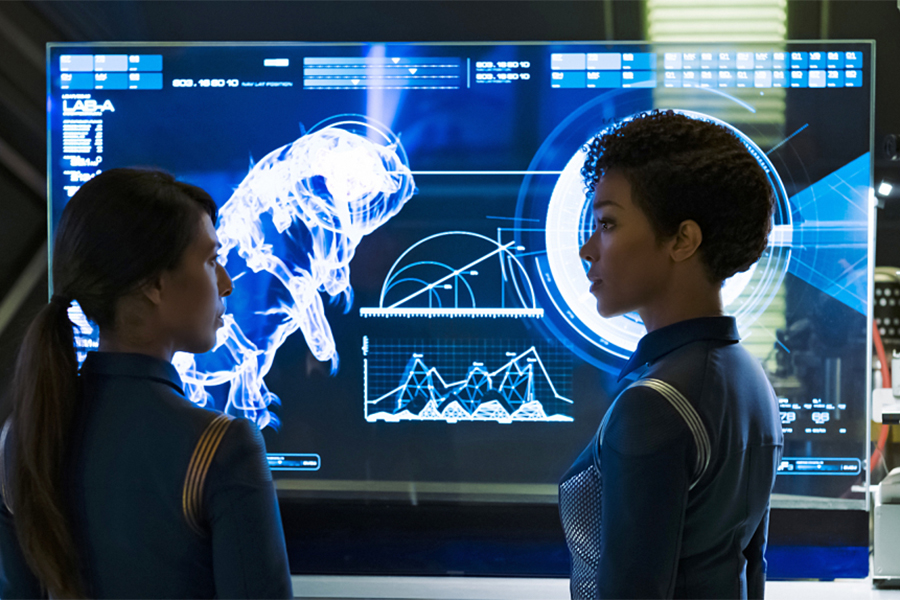 An Egyptian video game developer is suing CBS Corp. over allegations the CBS All Access series “Star Trek: Discovery” incorporated several plot elements he had introduced in a game he created.

Indie developer Anas Abdin cites several similarities between “Star Trek: Discovery” and his game Tardigrades, a point-and-click adventure game that featured a giant blue tardigrade that could instantaneously transport people across the galaxy. (Tardigrades, also referred to as water bears, are in reality microscopic organisms known for their durability in extreme conditions.)

Abdin says he posted the game in 2014 on Steam Greenlight, a website that lets developers post early versions of games to gain feedback from players.

CBS announced the development of “Discovery” a year later in 2015. After reports of some creative friction in getting the show off the ground, “Discovery” premiered in late 2017, and one of the major storylines of its first season involves the crew discovering a giant tardigrade and using its abilities to transport the ship across the galaxy.

Abdin also notes many similarities between characters on the show and in his game, as well as other vaguely similar details.

In an Aug. 21 blog post, Abdin stated “The last 10 months were so hard on me and the development of the project. I tried every possible way to have a respectful and reasonable discussion with CBS but they treated me in disrespect and just dangled me around with postponing meetings due to their vacations and being busy. The first conversation turned into the last one. I gave them a lot of time to make things right. Unfortunately, I found myself at a dead end with them, and so I had to enforce my rights by filing a lawsuit to treat me seriously.”

The listed defendants include CBS and Netflix, which streams “Discovery” internationally.

CBS has yet to respond to the lawsuit.

18 thoughts on “CBS Accused of Plagiarism Over ‘Star Trek: Discovery’”