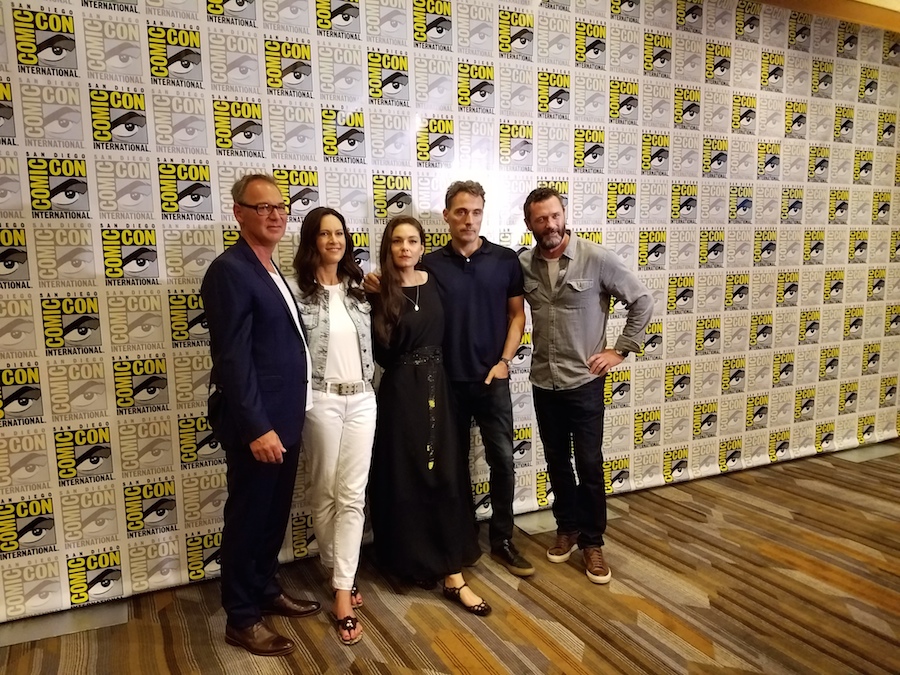 Streaming viewers, used to the immediate gratification of binging, will have been waiting nearly two years to see the third season of Amazon’s original series “The Man in the High Castle” when it debuts on Prime Video this fall.

“The anticipation is great,” said producer Isa Dick Hackett, who is also the daughter of sci-fi author Philip K. Dick, who wrote the book.

The third season, which debuts Oct. 5, will feature more about the resistance, some reunions and more romance, Hackett said.

“We wanted to offer some sort of hope because it’s an awfully bleak world,” she said.

Set in 1962, “The Man in the High Castle” explores an alternate history in which the Axis powers won World War II. The Nazis rule over the Eastern part of the United States and the Japanese the West, with a neutral zone in the middle. The theme of fascism is particularly resonant in light of current events, producers noted.

“We’re on a slippery slope to fascism,” said Percival.

“It’s not even a slow roll. It’s like a jog,” added Hackett. “My father really feared fascism.”

Rufus Sewell plays Nazi leader John Smith, who is rising in the Reich despite some family secrets. Smith’s vicious actions and Nazi membership don’t make him an archetypal villain, Sewell said. He is a human reacting to circumstances as did many Germans who supported the Nazis in World War II.

“The reason he made the decisions he made was to protect his family,” Sewell said. “People are on to the genetic problem in his family. It’s not patriotism that makes him climb. It’s survival.”

“I hope that people are able to connect with these characters,” said Alexa Davalos, who plays Juliana Crain, a woman on the run and caught up in the resistance. Even Smith has elements of humanity, she noted.

Jason O’Mara is joining the cast for the third season as an Irishman in the neutral zone.

“He and his family have been persecuted by the Nazis,” O’Mara said. “Essentially he’s a good person, but we’re not sure whether to trust him or not.”

Hackett noted she spent years trying to get the “High Castle” project off the ground, until Amazon stepped in.

“It was impossible to get it sold on a network, I think because it’s very subversive,” she said, noting the show is also expensive to produce.

Though streaming viewers have been known to binge an entire season at once, “I also think people like to go through it at their own pace,” she said.

“We don’t have to create false climaxes to bring you in and out of commercial breaks,” he said.

Producers have had to make a few plot adjustments because of the state of current affairs, Sewell noted. A plotline about a wall, for instance, had to be scrapped.

Amazon Studios has greenlit a fourth season of the series.