You Were Never Really Here

You Were Never Really Here, starring Joaquin Phoenix, will come out on digital July 3 and on Blu-ray (plus digital), DVD and On Demand July 17 from Lionsgate. 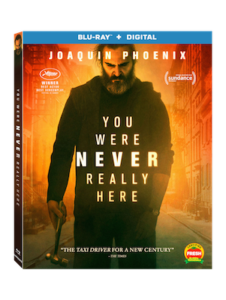