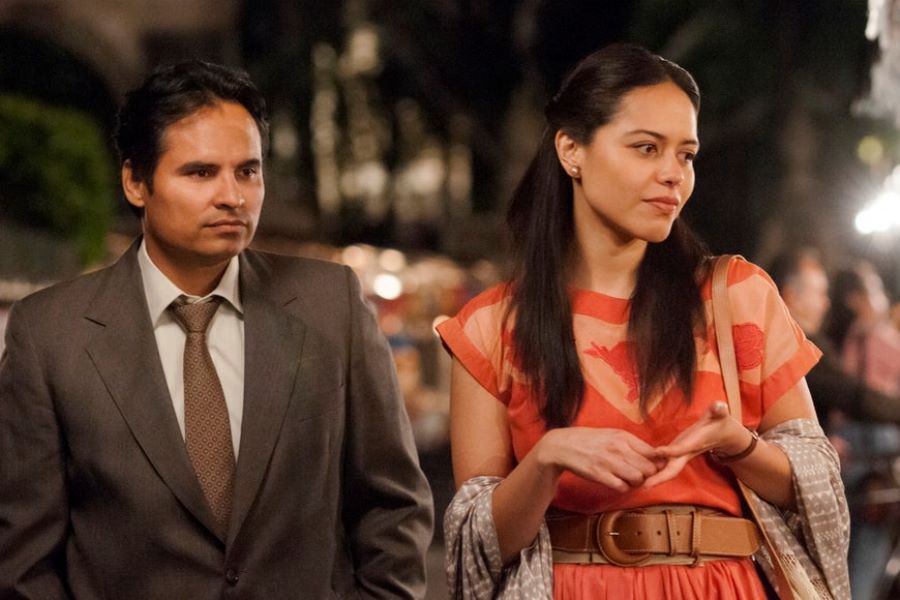 After two weeks of racing up the digital originals chart, “Narcos: Mexico” dislodged “The Chilling Adventures of Sabrina” to claim the top chart position the week that ended Dec. 1, according to Parrot Analytics data.

The Netflix series about the Mexican drug wars generated an average of 36.5 million daily Demand Expressions, about the same as last week.

But demand for “Sabrina” dropped 8% to 34.3 million average daily Demand Expressions, pushing the dark teen witch series down a notch to No. 2 on the digital originals chart after five weeks at No. 1, according to Parrot Analytics.

“Stranger Things” held down the No. 3 spot despite a 12.4% drop in demand, while “Marvel’s Daredevil” repeated at No. 4, despite word that Netflix is canceling the series after three seasons.

Rounding out the top five on the digital originals chart was “The Handmaid’s Tale,” which shot back up the chart to No. 5 from No. 8 the prior week with a nearly 23% spike in demand.

It was also a good week for Netflix’s historical drama “The Last Kingdom,” which rose five spots to become the week’s No. 6 digital original thanks to a 16.2% increase in demand.

“The Last Kingdom” is a British historical fiction show based on Bernard Cornwell’s The Saxon Stories novels. Originally seen on the BBC, season 3 became available exclusively on Netflix on Nov. 19. A fourth season is in the works. 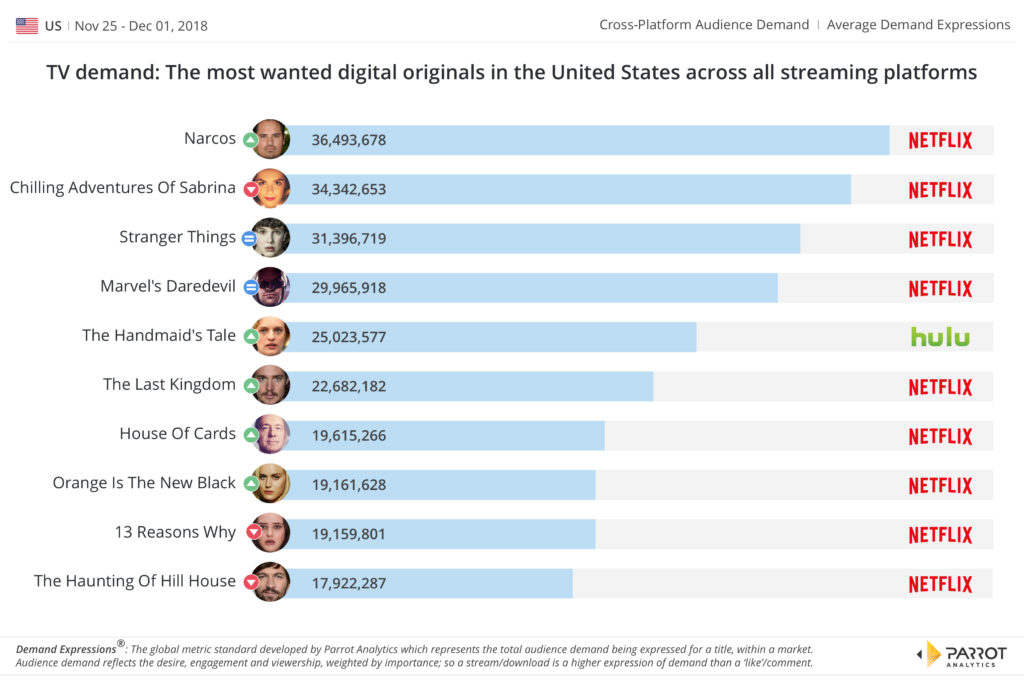