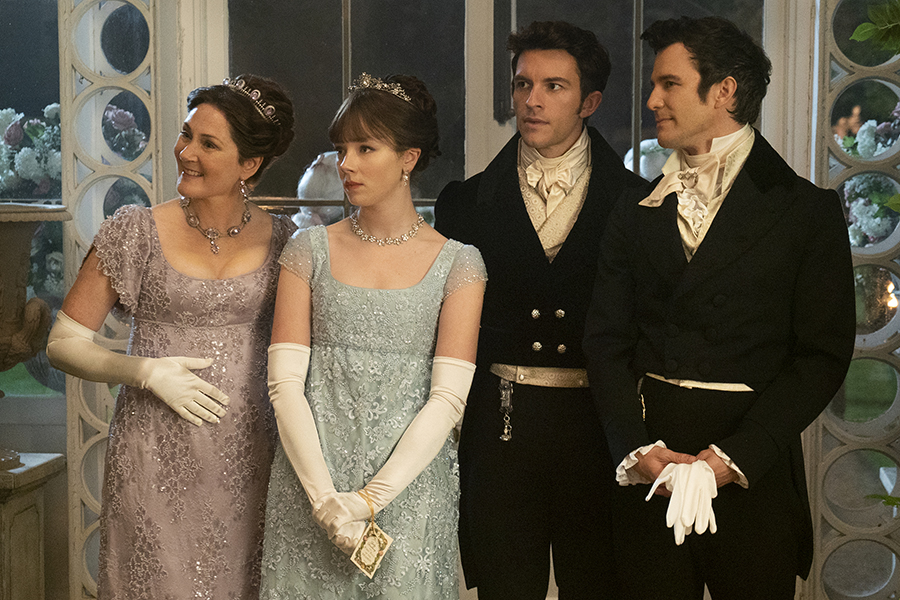 Netflix’s period drama “Bridgerton” jumped into the No. 1 spot on Parrot Analytics’ digital originals U.S. rankings the week ended April 1. The second season debuted March 25, giving the series a 108.7% rise in demand expressions, the proprietary metric Parrot uses to gauge a show’s popularity, and pushing it to 47.3 times the demand of an average series. “Bridgerton” was No. 6 on Parrot’s list of overall TV shows.

Rising a spot to No. 2 on the digital originals chart was HBO Max’s “Our Flag Means Death,” a comedy about a wealthy British fop who decides to become a pirate captain in the 18th century. The show had 39.4 times average demand after another 14.9% rise in demand expressions.

Netflix’s “Stranger Things” continued to loiter in the top 10, though it dropped to No. 3 after a stint in the top spot the previous week. It had 37.6 times average demand after another 3.5% rise in demand expressions.

The Disney+ “Star Wars” series “The Mandalorian” dropped to No. 4 on the digital originals chart, grabbing 35 times average demand after a 1.6% dip in demand expressions.

The Paramount+ original series “Star Trek: Picard” slid to No. 5 after a 1.3% rise in demand expressions, giving it 32.3 times average demand.

The No. 1 overall TV series in terms of online demand was “SpongeBob SquarePants,” with 66.2 times average demand. 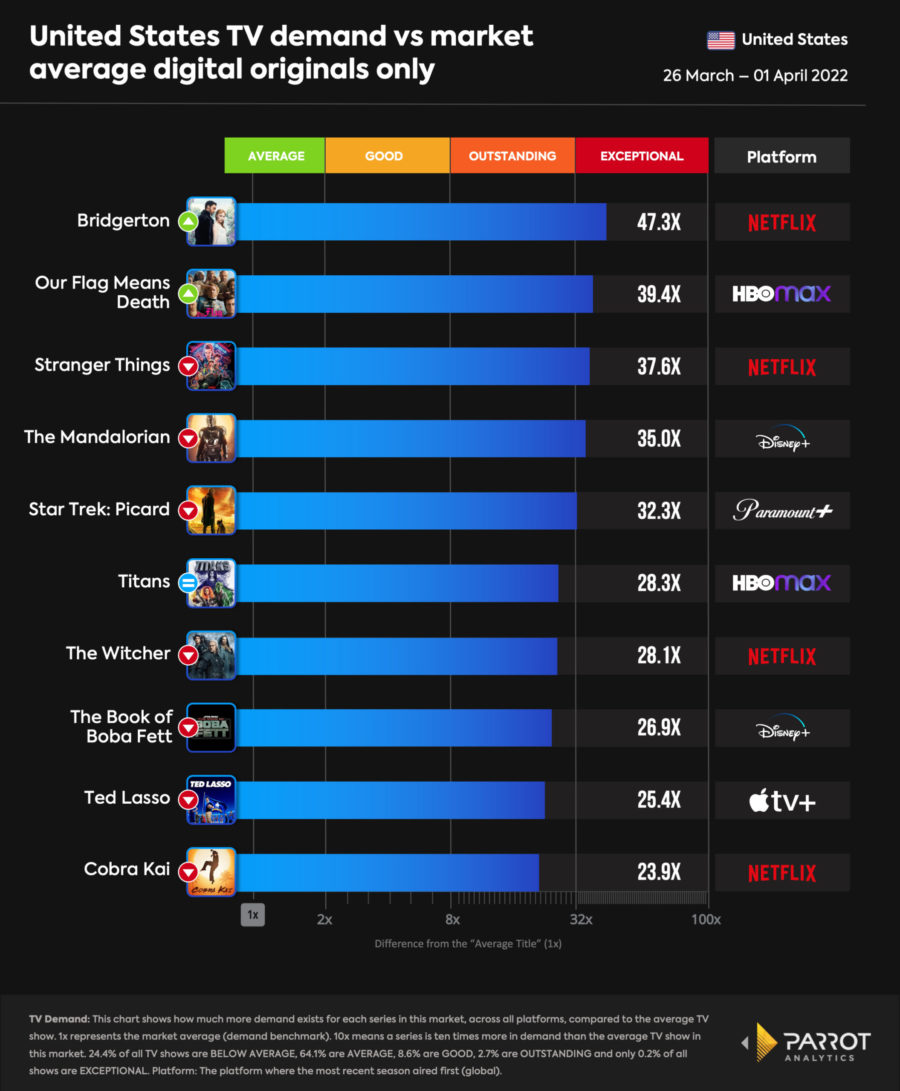