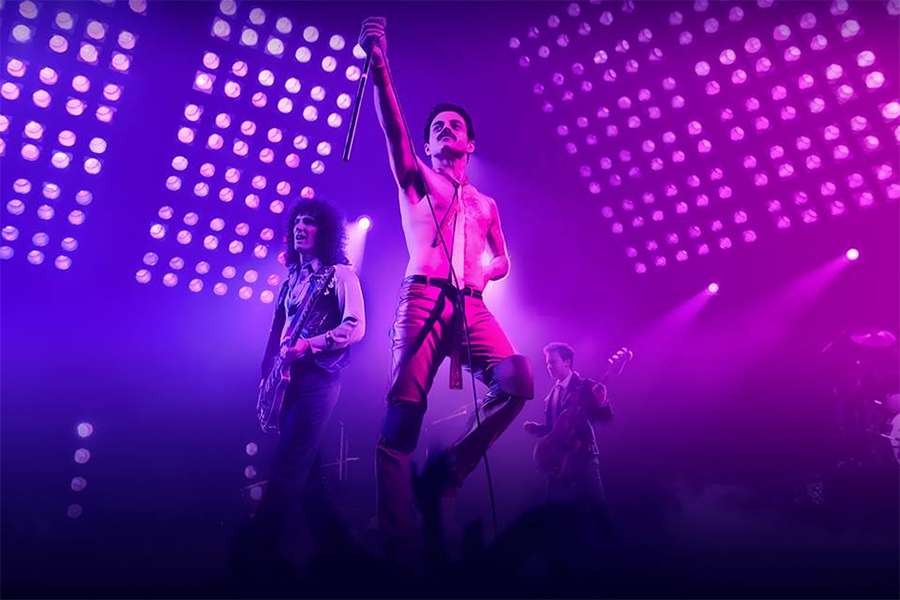 The film, from 20th Century Fox, dramatizes the formation and success of the rock band in the 1970s and ’80s, with particular focus on the life of lead singer Freddie Mercury. It earned more than $212 million at the domestic box office and has been nominated for five Oscars, including Best Picture and Best Actor for Rami Malek as Mercury.

Universal Pictures’ animated The Grinch, the top title from the previous week, slipped to No. 2 on both charts in its second week, selling 32% as many copies as newcomer Bohemian Rhapsody.

Another new release, Paramount’s Nobody’s Fool, the latest comedy from Tyler Perry, bowed at No. 3 on the overall sales chart and No. 4 on the Blu-ray chart.

Fox’s heist thriller Widows slid to No. 4 on the overall chart and No. 3 on the Blu-ray chart.

Walt Disney Studios’ The Nutcracker and the Four Realms came in at No. 5 on both charts.

Blu-ray Disc accounted for 73% of first-week Bohemian Rhapsody unit sales, with 13% coming from the 4K Ultra HD Blu-ray version. For Nobody’s Fool, Blu-ray comprised 37% of sales. The second week of sales for The Grinch saw 60% of sales from Blu-ray, down from 66% in its first week.

Bohemian Rhapsody also took No. 1 on the Media Play News rental chart for the week ended Feb. 17. Nobody’s Fool debuted at No. 2.

The previous week’s top rental, The Grinch, slipped to No. 3, with Widows at No. 4 and Sony Pictures’ The Girl in the Spider’s Web at No. 5.