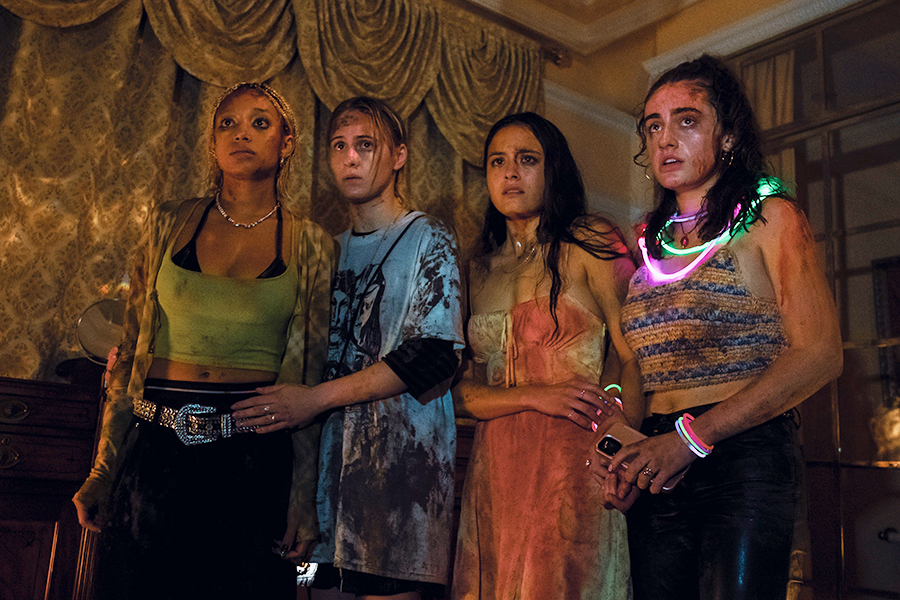 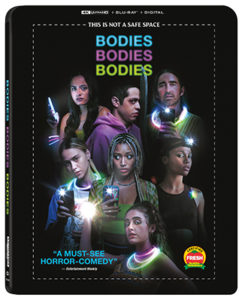 When a group of 20-somethings get stuck at a remote family mansion during a hurricane, a party game ends with a dead body on the ground and fingers pointed everywhere. As they try to find the killer among them, fake friends and real enemies have to learn who to trust — and how to survive.

Extras include an audio commentary with director Halina Reijn, deleted scenes, and the featurette “Who Wants to Play? Making Bodies Bodies Bodies.”