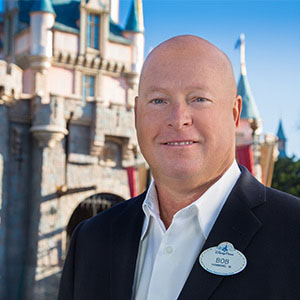 “Bob comes to this new role with an impressive record of success at both parks and resorts and consumer products, and he is the perfect leader to run these combined teams,” Disney CEO Bob Iger said in a statement.

Chapek, who is speculated to one day to take Iger’s position when he retires, will continue to report directly to Iger.

Separately, Kevin Mayer, who has served as Disney’s chief strategy officer since 2015, was named chairman of the new direct-to-consumer and international business segment.

“Kevin is a proven leader who has played a critical role in bringing together the collection of creative and technological assets that will allow Disney to offer unparalleled entertainment experiences in a direct-to-consumer future,” said Iger said. Mayer will also continue to report directly to Iger.

The segment will remain virtually the same, with the exception of the international Disney Channel operations that are moving to the direct-to-consumer and international business segment along with management of global advertising sales/technology.