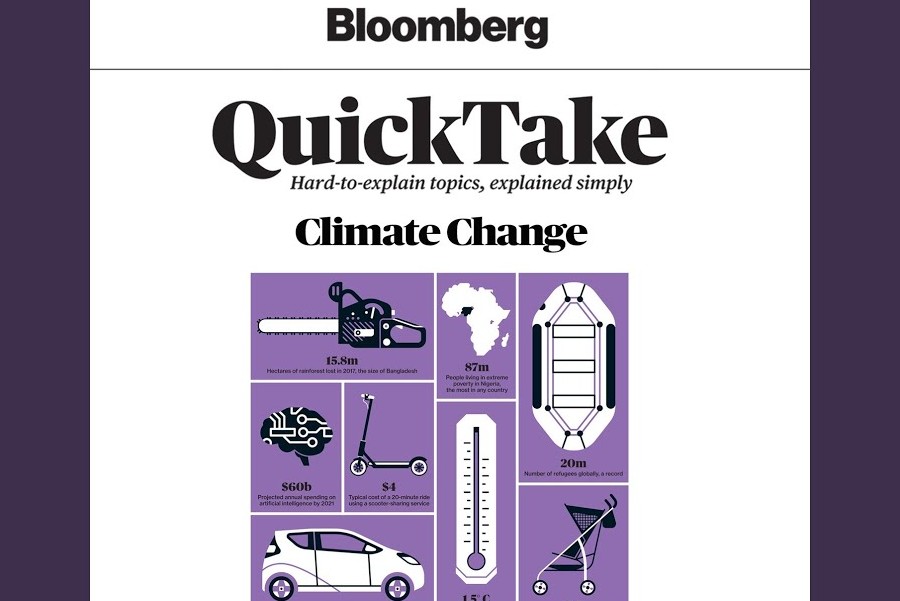 Quicktake will report on global stories through the lens of business, backed by Bloomberg’s newsroom of 2,700 journalists in 120 countries. It will feature content produced in a variety of formats, including documentary-style original series, anchor-led live news shows, data visualizations, motion graphics, on-the-ground breaking news and live events. 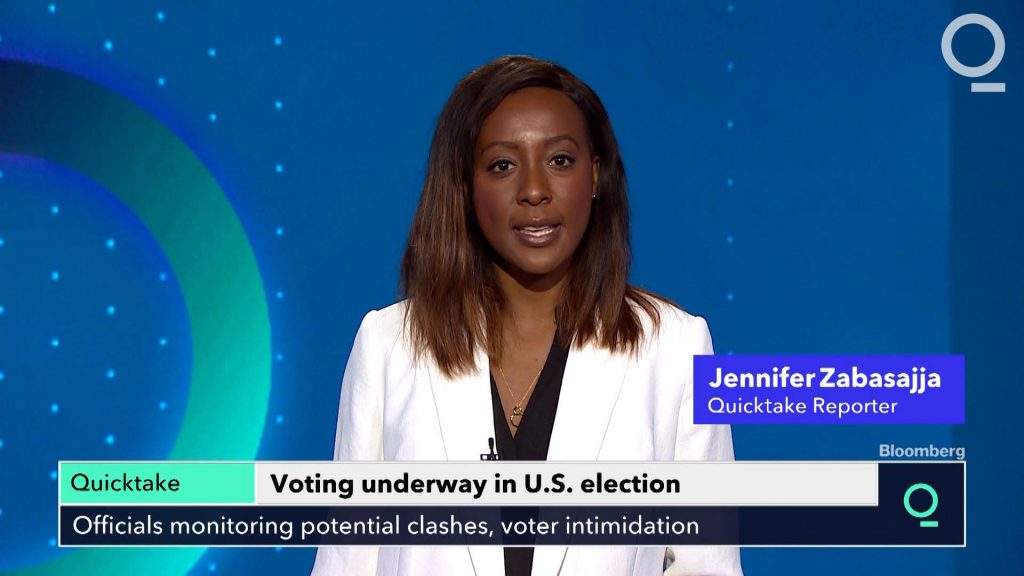 “Our vision for Bloomberg Quicktake has always been to create a network of record for this era,” Justin B. Smith, CEO of Bloomberg Media, said in a statement. “Now expanding beyond its roots in social, it will be the network to watch for the business-minded consumer who seeks a deeper understanding of the global stories that impact their lives.”

Quicktake will go live throughout the day to report on top news stories and global updates with four daily shows: “Take Charge” (9 a.m. ET); “Take a Break” (12 p.m. ET); “Take the Lead” (4:30 p.m. EST). “Geo,” which airs at 8 p.m. ET to kick-off primetime, is a spin on the traditional nightly news program — instead of recapping top stories of the day, the show dissects one big story with a global perspective. The live shows will be led by correspondents Tim Stenovec, Madison Mills, Kurumi Mori, Jennifer Zabasajja, and Jason Kelly, as well as Bloomberg journalists from around the world.

A documentary-style slate of original series will air at 9 p.m. ET, with 20- to 30-minute episodes followed by a post show featuring extended interviews and a reporter’s notebook-style pre-taped interview with behind-the-scenes details. They include:

“Storylines” — A signature documentary show that follows Bloomberg’s most exclusive journalism, including Businessweek’s biggest stories. It breaks down the most interesting business story of the week, and explains why it matters.

“The Breakdown” takes a deep dive into the companies that have made the most impact in business, critical moments in their rise or fall, and what makes their stories so fascinating. Season one dissects critical moments in modern business history including Hertz Rent-A-Car, Kodak and the National Rifle Association.

“CityLab Solutions”reports on the world’s cities, communities, and neighborhoods: how they work, the challenges they face, and the solutions they need. Find out how modern cities are solving some of the world’s most intractable problems from how Singapore became so green, how Tokyo plans for disaster and the homelessness in the age of Covid-19.

“Good Money” helps viewers prepare for a better future by demystifying the meaning of personal finance for the new era. In this season, Good Money will explore a range of topics from the ins and outs of day-trading to budgeting for your child’s future.

“System Shock” follows the story of how technology has upended the way business is done in almost every industry. Season one looks at the music industry, chronicling the history of the MP3, featuring interviews with music executives, artists and techies on how a tiny algorithm sparked a revolution that changed business, economics, and culture.

“Hello World Beyond” explores the exotic, colorful and endlessly entertaining characters that make up the underbelly of the technology industry beyond the big tech players. A fresh look at the people and their ideas that are disrupting our world as we know it.

“The Future of Work” takes in-depth look at how the coronavirus pandemic has transformed the way we work now and in the future. From on-the-ground experiences to expert opinion and analysis, “Future of Work” explores everything from office spaces to shift in work culture, communication, infrastructure and beyond across industries.

“Moonshot Conversations” takes a deeper look into how science is solving the world’s most complex problems in order to create a better tomorrow. The first season explores major breakthroughs from scientists including plastic eating bacteria, asteroid hunting and oceanic exploration.

“Green” focuses on climate news you may have missed to high-tech solutions and data-driven opinions. “Green,” in collaboration with Bloomberg TV, explores the critical story of our time. A mix of deep-dive feature stories, the latest climate news and interviews with key players in the world of climate.

“Game Changers” profiles some of the world’s most influential, determined, hard-working visionaries who are disrupting their industries and defining the new economy. Season one profiles change makers as part of the Bloomberg New Economy Forum 2020, from Vietnam’s richest man with a plan to save a virus-stricken world to the first female mayor of Bogota.