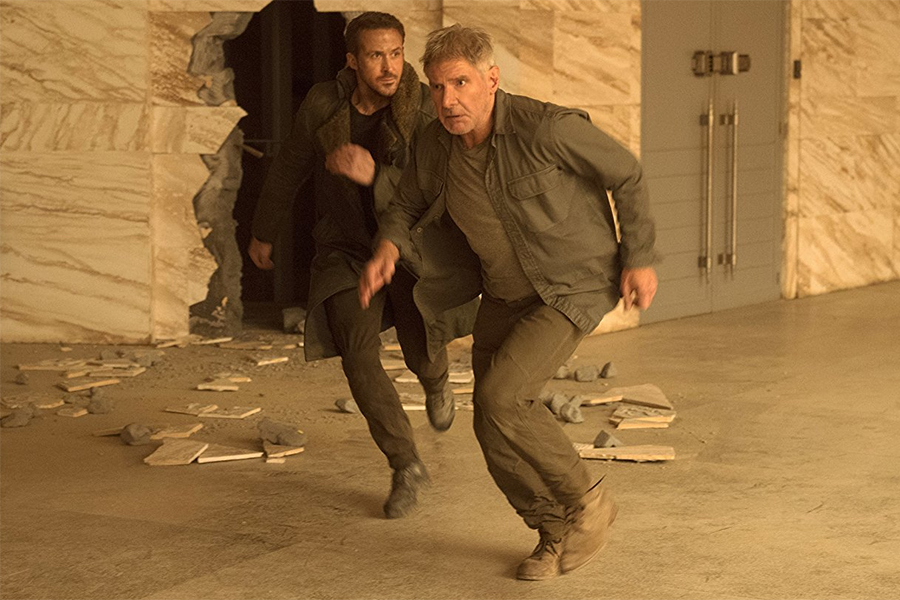 The long-delayed sequel to 1982’s Blade Runner, with a domestic box office gross of $92 million, had debuted in the top spot a week earlier and held off a pair of newcomers to stay at No. 1.

Another Warner title, the disaster actioner Geostorm, which earned $33.7 million in U.S. theaters, finished a close second overall, selling 99.6% as many copies as Blade Runner 2049, according to VideoScan.

Bowing at No. 3 on the combined chart was Lionsgate’s Jigsaw, the latest in the “Saw” torture-horror franchise that earned $38 million at the domestic box office.

On the Blu-ray Disc sales chart, Geostorm and Jigsaw bowed at No. 3 and No. 4, respectively, with yet another Warner title, the war drama Dunkirk, moving up to No. 2 from No. 7 the prior week.

Rounding out the top five on the overall disc sales chart were Warner’s It at No. 4 and Dunkirk and No. 5.

On the Blu-ray Disc sales chart, It finished at No. 5, down from No. 2 the prior week.

Blade Runner 2049 remains a big hit on Blu-ray Disc, with 64% of its second-week sales coming from the high-definition format, down from 76% its debut week. Fifteen percent of total unit sales came from the 4K Ultra HD Blu-ray, down from 23% the prior week — a record for first-week sales of a major theatrical title on disc.

On Media Play News’ rental chart for the week ended Jan. 28, Blade Runner 2049 shot up to No. 1 now that its week-long holdback from Redbox is over.  It slipped to No. 2 from No. 1 the prior week, while Jigsaw debuted at No. 3.

Rounding out the top five rentals were Universal Pictures’ American Made at No. 4 and The Foreigner at No. 5.