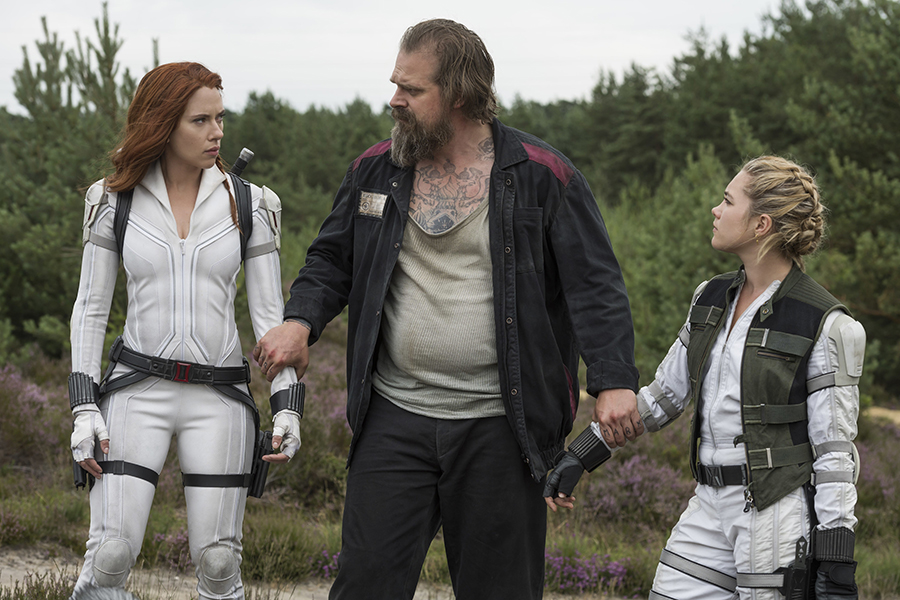 The latest adventure from the Marvel Cinematic Universe outsold the No. 2 title by a 4-to-1 margin. The Disney-distributed Black Widow earned more than $183 million at the domestic box office, but is the subject of a lawsuit from star Scarlett Johansson over profit sharing based on the theory its potential earnings were depressed by it being available as a premium add-on to the Disney+ streaming service.

The No. 2 title on both charts was Warner’s Zack Snyder’s Justice League, after debuting in the top spot a week earlier.

The No. 3 title on both charts was another newcomer, DreamWorks Animation’s The Boss Baby: Family Business, from Universal Pictures. The sequel was also available in a two-pack with the first “Boss Baby” movie, splitting sales between the standalone version and the two-pack, which was No. 17 overall. The combined tally of the standalone and double-feature options would have given discs containing the “Boss Baby” sequel enough sales to just barely put it in the second spot.

The No. 4 overall seller was Disney’s Hocus Pocus, the 1993 family friendly spookfest that is getting a boost now that retailers are preparing for Halloween.

No.5 on the overall disc chart was Lionsgate’s Hitman’s Wife’s Bodyguard, which was the No. 4 Blu-ray seller.

The No. 5 Blu-ray Disc seller was Warner’s The Shawshank Redemption, which climbed back up the charts thanks to the release of a new 4K Ultra HD Blu-ray edition, which accounted for 98% of its sales for the week. Shawshank was No. 13 overall.

The only other newcomer in the top 10 for the week was Warner’s direct-to-video animated movie Straight Outta Nowhere: Scooby-Doo! Meets Courage the Cowardly Dog, a DVD-only release that hit No. 7 overall.

The Media Play News rental chart for the week ended Sept. 19 had The Boss Baby: Family Business in the top spot, with Black Widow at No. 2.

Hitman’s Wife’s Bodyguard slipped to No. 3 after a month in the top spot.

Rounding out the top five rentals were Sony Pictures’ Peter Rabbit 2 at No. 4, and Warner’s The Conjuring: The Devil Made Me Do It at No. 5.

One thought on “‘Black Widow’ Debuts at No. 1 on Disc Sales Charts, Pushing ‘Zack Snyder’s Justice League’ to No. 2”