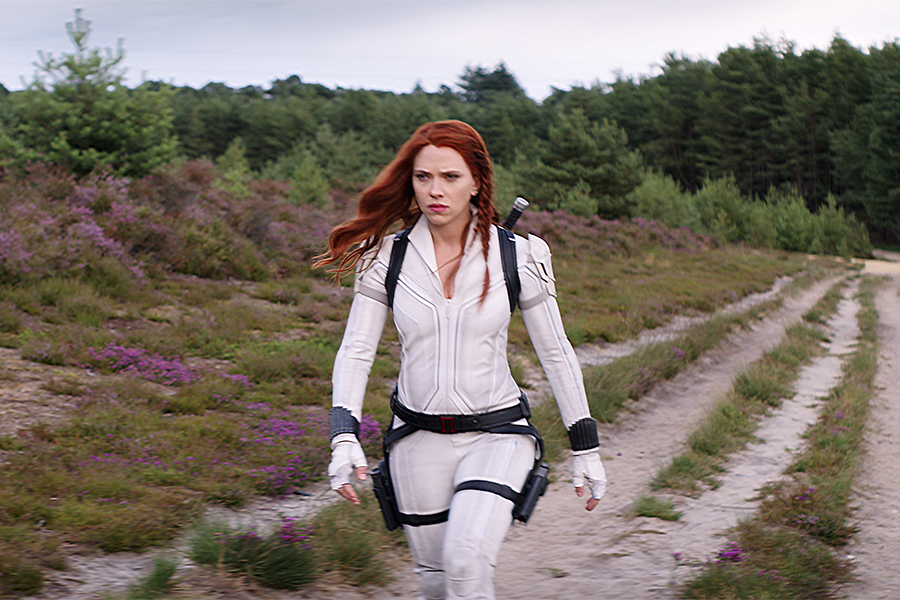 Aug. 10 sees Marvel’s Black Widow become available for digital purchase, while new disc releases include the second half of Batman: The Long Halloween from Warner, and heist movie The Misfits, from Paramount.

Black Widow, from Disney-owned Marvel Studios, arrives early on all major digital platforms Aug. 10 following a concurrent run in theaters and as a Disney+ Premier Access PVOD add-on. Scarlett Johansson reprises her role as Natasha Romanoff, aka Black Widow, in this action-packed spy thriller in which she confronts the darker parts of her ledger when a dangerous conspiracy with ties to her past arises. Pursued by a force that will stop at nothing to bring her down, Natasha must deal with her history as a spy and the broken relationships left in her wake long before she became an Avenger. Along with Johansson, Florence Pugh stars as Yelena, David Harbour portrays Alexei/The Red Guardian and Rachel Weisz is Melina. Black Widow, the first film in Phase Four of the Marvel Cinematic Universe, is directed by Cate Shortland and produced by Kevin Feige. The film is the top-grossing U.S. earner with $174 million and counting, and has earned $360 million worldwide. But it has also courted legal controversy, as Johansson is suing Disney over the film’s profits, claiming the box office take was diminished by the simultaneous PVOD strategy, thus lowering her potential earnings from the movie.

Warner Bros. Home Entertainment releases Batman: The Long Halloween — Part Two on Blu-ray Disc Aug. 10. It is already available as a digital download. The film continues the storyline from Part One, released June 22. It is based on the 1996-97 comic book miniseries that takes place early in Batman’s vigilante career, as the young crimefighter forms a pact with the city’s only two uncorrupt lawmen, police Capt. James Gordon and DA Harvey Dent, to take down organized crime in Gotham City, only to be tested by a serial killer who murders his victims on holidays throughout the year. The voice cast includes Jensen Ackles as Batman, Josh Duhamel as Harvey Dent, Billy Burke as Jim Gordon, Katee Sackhoff as Poison Ivy, Titus Welliver as Carmine Falcone, David Dastmalchian as Calendar Man, Troy Baker as Joker, Amy Landecker as Barbara Gordon, Julie Nathanson as Gilda Dent, Fred Tatasciore as Solomon Grundy, Jim Pirri as Sal Maroni, Alastair Duncan as Alfred, and the late Naya Rivera as Catwoman in one of her final performances, recorded before her death in 2020. A 4K Ultra HD Blu-ray presentation of Batman: The Long Halloween will arrive in 2022 with both parts combined into a longer film.

The action film The Misfits comes out on Blu-ray and DVD Aug. 10 from Paramount Home Entertainment. Directed by Renny Harlin, The Misfits stars Pierce Brosnan, Rami Jaber, Hermione Corfield, Jamie Chung, Mike Angelo, Tim Roth and Nick Cannon. The story follows a band of modern-day Robin Hoods known as “The Misfits,” who recruit renowned thief Richard Pace (Brosnan) to help them pull off the heist of the century to steal millions in gold bars stashed underneath one of the world’s most secure prisons.

The thriller Profile arrives on and Blu-ray Disc and DVD Aug. 10 from Universal Pictures Home Entertainment. Inspired by true events, Profile follows an undercover British journalist on her quest to bait and expose a terrorist recruiter through social media, while trying not to be sucked in by her recruiter and lured into becoming a militant extremist herself. The unconventional thriller directed by Timur Bekmambetov (Wanted) plays out entirely on a computer screen in the screen life format.

Liosngate releases the Australian sci-fi actioner Occupation: Rainfall on Blu-ray Disc and DVD Aug. 10. A sequel to the 2018 film Occupation, written and directed by Luke Sparke, the film chronicles humanity’s fight to survive two years into an intergalactic invasion of Earth. While casualties of the desperate ground war mount by the day, the resistance — along with some unexpected allies — uncovers a plot that could bring the war to a decisive end. The cast includes Daniel Gillies, Dan Ewing, Mark Coles Smith, Temuera Morrison and Ken Jeong.

The thriller Till Death, starring Megan Fox, will arrive on Blu-ray Disc and DVD Aug. 10. It is already available for digital purchase from Screen Media. Fox plays a woman stuck in a stale marriage who is surprised when her whisks her away to their secluded lake house for a romantic evening on their 10th anniversary. But everything changes when she wakes up to discover herself handcuffed to his dead body. Trapped and isolated in the dead of winter, she must fight off hired killers to escape a twisted that gets more sinister at every turn. The cast also includes Callan Mulvey, Eoin Macken, Aml Ameen and Jack Roth.

Lionsgate releases the coming-of-age romantic drama Finding You on DVD and as a Blu-ray/DVD/Digital combo pack Aug. 10. Based on the young-adult novel There You’ll Find Me by Jenny B. Jones, the film stars Rose Reid as aspiring violinist Finley Sinclair, who signs up for a semester abroad program in Ireland after her audition for an elite New York conservatory goes awry. Staying in a quaint Irish coastal village, she encounters charming heartthrob movie star Beckett Rush (Jedidiah Goodacre of “Chilling Adventures of Sabrina”), who is there to film the next installment of his medieval fantasy-action franchise. As Beckett’s free-spiritedness helps Finley find the heart and passion that was missing from her music, Finley’s honesty inspires Beckett to pursue his true passion, and they discover that a change of scenery may be all they need to find themselves — and true love. The cast also includes Katherine McNamara, Vanessa Redgrave, Tom Everett Scott and Saoirse-Monica Jackson.

MPI Media Group Aug. 10 releases Scenes from an Empty Church on DVD. In a locked-down New York City, two priests open their church doors to those seeking salvation during the pandemic. From the commonplace to the truly metaphysical, their visitors reflect the full spectrum of personal crises of spirituality. Throughout their encounters with the city’s sweetest, wildest and weirdest, the two priests learn the importance of connection, empathy and open-mindedness.

Two horror films, Lust and Through the Shadow, and the science-fiction fantasy I Am Toxic come out on DVD Aug. 10 from Jinga Films and MVD Entertainment Group.

The Portuguese-language Through the Shadow follows prim and assuming Laura who moves to the countryside of 20th century Rio de Janeiro and is unprepared for life on an isolated plantation. Hired as a nanny for two young orphans who live on their uncle’s coffee farm, she soon notices that things are not all as they seem. Confronted with continual apparitions, and noting the children’s increasingly ambiguous behavior, Laura becomes convinced in the presence of hostile spirits whom she believes are intent on taking possession of her young charges. With growing concerns for their safety, she strives to unravel the mysteries of her new home without realizing that it may be herself who is in mortal danger. Based on Henry James classic novel The Turn Of The Screw.

In the Spanish-language I Am Toxic, a man wakes in a world ravaged by biological warfare with no memory of his previous life. Taken prisoner by scavengers he meets a young woman who helps him escape. As the scavengers pursue them through barren wastelands he discovers that he must make the ultimate sacrifice to save her.

Nickelodeon’s Are You Afraid of the Dark? — Curse of the Shadows, a follow-up to 2019’s reimagined limited series horror anthology, comes out on DVD Aug. 10 from Paramount Home Entertainment and Nickelodeon Home Entertainment. Based on the ‘90s kids’ cult classic and featuring a  new story, the second season includes six hour-long episodes that follow an all-new group of kids as they tell the tale of a curse that has been cast over their small seaside town, haunted by a villain named the Shadowman. After their leader goes missing, it’s up to the remaining members of the Midnight Society to break the curse and free the Shadowman’s victims, before they too disappear into the shadows.

The Friday the 13th 8-Movie Collection arrives on Blu-ray Aug. 10 from Paramount Home Entertainment. Set for release before the only Friday the 13th of the year on Aug. 13, the horror series following psychotic killer Jason Voorhees includes newly remastered versions of the first four films and hours of previously released special features including deleted scenes, making of featurettes and commentaries. The set also includes access to digital copies of all eight movies, including the “uncut” edition of the original Friday the 13th.